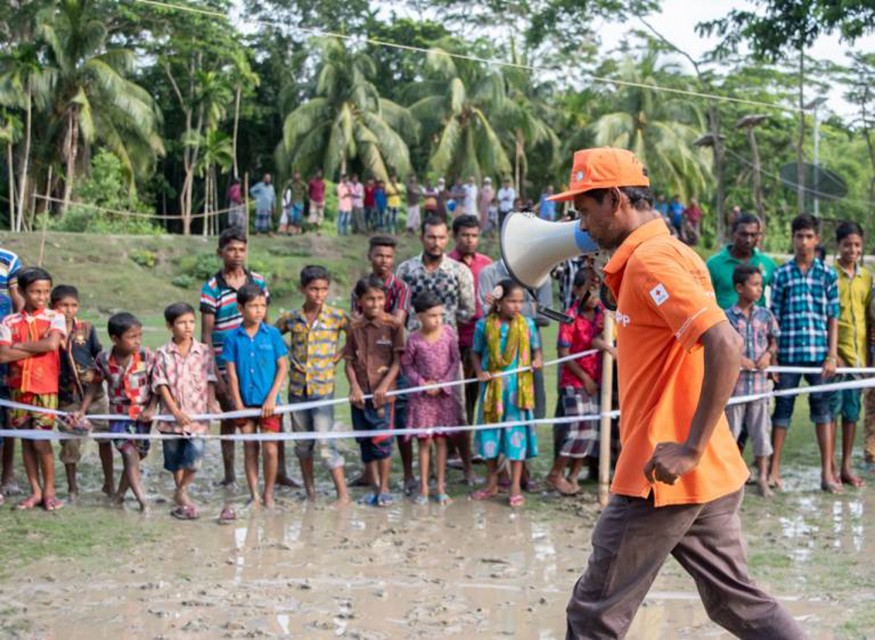 Bread for the World emphasizes that one of the main causes of global hunger is climate change. Disasters around the world regularly furnish new evidence that this is an existential crisis, one that threatens the survival of humanity.

As I mentioned in my recent blog post on Haiti, the worst impacts of climate change fall mainly on people who contributed least to greenhouse gas emissions. This injustice also means that those suffering the most have the fewest possibilities for prevention and recovery from climate shocks.

This does not mean, however, that there is little people can do to help their families and communities become more resilient to the impacts of climate change. And, of course, we know that for hundreds of generations, people have developed and improved ways of protecting themselves and their children from danger.

Adaptation to climate change does not necessarily need to be elaborate to save lives, prevent loss of livestock and crops, and preserve people’s livelihoods. One example is a multifaceted, largely grassroots effort to reduce the impact of cyclones in Bangladesh.

Bangladesh is very densely populated and half of its people live in low-lying areas prone to flooding. On average, 17 cyclones make landfall each year. (Cyclones, hurricanes, and typhoons are the same type of storm, but arise in different oceans. Cyclones are those in the South Pacific and Indian Ocean). The country has suffered devastating losses from cyclones in the past. The worst one in recent times, in 1970, killed at least 300,000 people.

Since then, lives have been saved by a combination of efforts, including designing cyclone shelters that are both cost-effective and strong enough to withstand high winds, building enough shelters to protect everyone at risk, and developing ways of warning people in time. Nonetheless, in the two-decade period 1998 to 2018, Bangladesh lost an estimated 163,000 people and sustained nearly $2.5 billion in damage.

The country’s limited resources make it especially important to calculate the costs and benefits of investing in various improvements. This includes determining and incorporating the priorities of local residents. Although these points may seem self-evident, cost-benefit analysis of disaster responses is a new idea in many countries. The first such analysis in a developing country was done less than a decade ago, in Vietnam in 2013.

Storm forecasting systems are becoming increasingly accurate and are also being expanded to cover larger coastal areas. Along with accuracy, the ability to provide advance notice is critical. Current technology has enabled forecasters to provide between 24 hours' and 96 hours' notice for land areas. The weakest area is forecasting the path of storms still at sea; people on fishing boats remain at high risk and often have only about 12 hours’ notice.

A carefully designed survey found that families in areas at risk from cyclones are willing to contribute their own resources to improve early warning—and in amounts generous enough to count as "buy in." Communities have also developed new practical skills. Families learned how to secure the roofs of their houses as tightly as possible, and how to position sandbags, provided by the government, to help prevent their houses from flooding.  Both adults and adolescents have been taught advanced first aid techniques, including how to control bleeding and how to stabilize a broken limb.  A group of volunteers conducts start-to-finish cyclone drills in various villages, showing residents what to do to stay safe as well as answering questions.

Because people vary in their literacy levels, a variety of ways of alerting families to approaching cyclones are used. In addition to radio and TV announcements, including translation in areas where Bengali is not widely spoken, these could include flags, drumming, megaphones, pictures, and door-to-door visits from peer groups, NGO workers, or police.

The preparations paid off during Cyclone Amphan—the strongest storm yet recorded in the Bay of Bengal--in May 2020. "As the cyclone approached," the Red Cross noted, "the Bangladesh Red Crescent and the government went into high gear by mobilizing more than 70,000 Cyclone Preparedness Program volunteers across coastal areas.” There were deaths, but fewer than 20--an impresssive improvement over the tens of thousands or even hundreds of thousands of people killed in some previous storms.

The main producers of greenhouse gases should provide assistance to help mitigate the impacts of the associated climate change in lower-income countries. In the meantime, local residents such as the people of Bangladesh's coastal areas have shown that they can take effective action using the modest resources available.