Barbie: Proud to Be Working, but Hungrier than Before 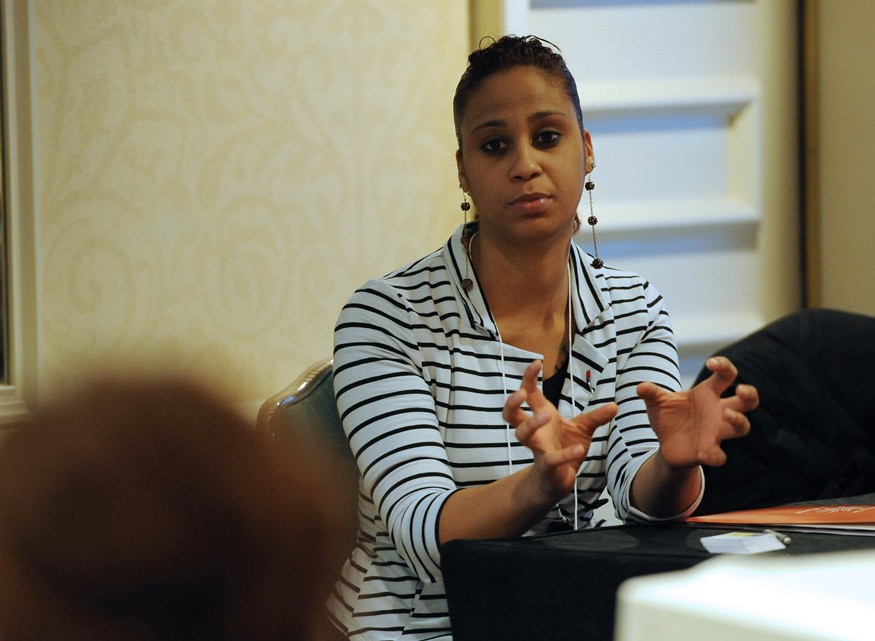 At a 2014 congressional hearing before the Budget Committee, Barbie Izquierdo, a single parent of two young children in Philadelphia, PA, explained the predicament that working low-wage jobs presents to parents like her.

“I was proud to be working, to have a place to go each day and bring a paycheck home to support my family. Getting a job, I hoped, meant more stability with an increased income."

But the job did not lead to more stability. Instead, her earnings pushed her and her children above the income eligibility limit for SNAP—leaving her with less money for food. “So, my kids and I were hungrier than ever,” she told the committee.

Barbie Izquierdo, who has experienced hunger while raising her two children, has testified on Capitol Hill and was featured in the 2013 documentary about hunger in America A Place at the Table.

Young children are more vulnerable than any other group to the damaging impacts of hunger, even for short periods.