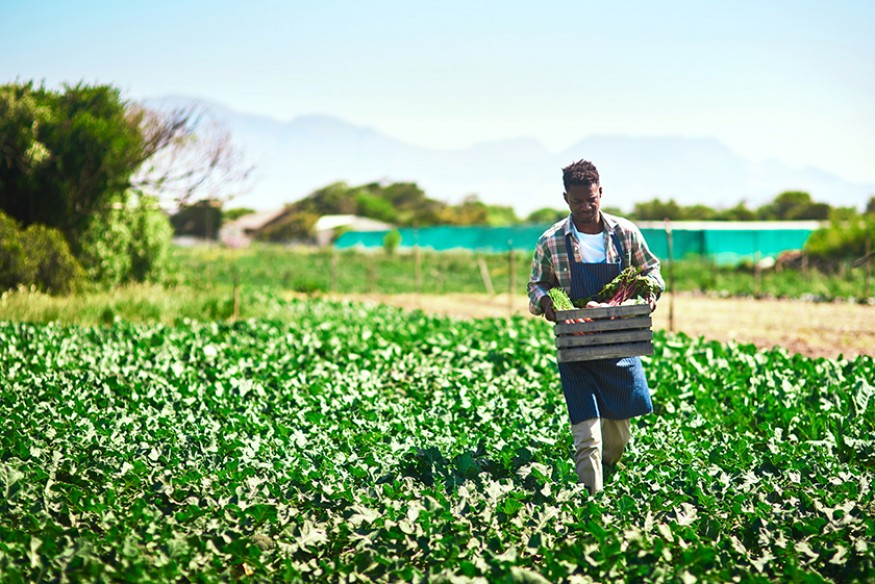 During the 20th century, structural racism destroyed the livelihoods of nearly all remaining Black farmers in the United States. Today, less than 2 percent of U.S. farmers are Black, compared to 14 percent a century ago.

The story of how this happened is all too familiar. Farming has always been an uncertain way of earning a living, so it is vital to have support from the federal government to mitigate some of the risks. But racially discriminatory policies generally excluded Black farmers from essential programs such as access to loans guaranteed by the government.  Those Black farmers who did secure approval for a loan reported that the funding was often delayed, arriving too late in the season to plant crops. Farmers were left indebted and without a means of earning a living.

Eventually, a class action lawsuit led to a settlement intended to help compensate farmers who had been victims of inequities in federal agriculture policy and programs. In 1999, the U.S. Department of Agriculture (USDA) agreed to pay more than $1 billion in what was then the largest civil rights class action suit in U.S. history. Nearly 16,000 Black farmers qualified for monetary compensation, although the beneficiaries were only a small fraction of Black farmers and the financial payments they were awarded only a small fraction of Black farmers’ losses, over generations of discrimination, of land, livelihoods, and family assets.

The effects of racism throughout the U.S. food system are indelible. This is because the entire history of the United States—including its laws, policies, and social attitudes—has been shaped by the fundamental premise of white supremacy.  Anti-hunger advocates appreciate that the Biden-Harris administration and congressional leaders are working to address the legacy of racial discrimination at USDA. But racial inequities remain omnipresent, and as Bread continuously argues, racial equity is essential to ending hunger.

Improving U.S. and global food systems was at the center of Bread for the World’s 2020 Hunger Report, Better Nutrition, Better Tomorrow. Advocates are building on that foundation in 2021. When an opportunity arose to help make the concerns of Black farmers more widely understood and a higher priority, Bread for the World co-hosted, along with three organizations that represent Black farmers, an Independent Dialogue in early June. One goal of this dialogue was to prepare materials to submit to the first-ever U.N, Food Systems Summit, taking place this September. Black farmers in the United States are responding to the invitation from the organizers of the food systems summit, asking all stakeholders to share their experiences and recommendations.

In advance of the summit, these Food System Dialogues are taking place around the world, hosted by groups large and small and reflecting the views of stakeholders on local, national, and/or global food systems. The goals of the summit are to build more sustainable and equitable food systems; the goals of the pre-summit dialogues are to ensure that a wide range of people whose lives and work are rooted in the food system have opportunities to contribute to the summit’s agenda and conclusions.

The independent dialogue highlighted the lived experiences of the members of our partner organizations—the National Black Farmers Association, the Federation of Southern Cooperatives, and the Land Loss Prevention Project. Their experiences give them a very clear understanding of the complex issues that affect the past, present, and future of Black U.S. farmers and their relationships with other parts of the local and global food system.

While the U.N. Food Systems Summit does not have the power to change the domestic farm policies of any country, the forum acts as a megaphone for grassroots groups. Bread co-hosted the dialogue in order to contribute to efforts to ensure that farmers who have faced inequitable treatment are able to bring their experiences and the changes they believe are needed. Black farmers in the United States, by describing and amplifying their priority issues, will also be able to connect in solidarity with farmers of other nations, particularly those who are or have been marginalized in their home countries. In turn, gathering specific proposed changes that are rooted in the real-life experiences of food producers will contribute to a stronger food system for everyone.

This participatory process is similar to the ways in which the countries of the world came together in 2015 to enumerate and adopt the Sustainable Decelopment Goals (SDGs). The results and impacts of the summit will depend, of course, on what happens after the summit. Yet the summit is a time to set markers for the essential elements of building a stronger global food system and to shape what food systems transformation should look like.

What was notable to me during the dialogue Bread helped to organize was the types of supports the farmers said they needed from USDA. These were quite similar to those described by farmers everywhere as fundamental to their success: financial and technical assistance, infrastructure to support scaling up, and support in gaining access to new markets.

The farmers discussed the need to hold USDA accountable for fulfilling the government’s responsibilities to food producers. One idea was to issue a report card on how effective the agency’s programs are proving to be in helping farmers who want to invest in their operations to scale up. Another participant brought up block chain technology, which can provide traceability from field to plate, working to ensure that farmers are compensated equitably.  Many farmers were interested in the opportunities offered by global trade and in finding effective ways to participate. Participants also spoke with concern about the next generation of Black farmers and the responsibility they felt personally to show younger farmers of color, despite discrimination and the many other challenges, why farming remains a worthwhile career. “I have to succeed, or how else am I going to inspire them?” said one participant.

Bread for the World has always recognized the importance of working in coalitions with other anti-hunger advocates. A united voice is much stronger than the voice Bread or another organization would have on its own. Above and beyond the influence the Black farmers’ dialogue will have on the U.N. Food Systems Summit, Bread’s expanded effort and communication in relatively new partnerships with a focus on advancing racial equity in the U.S. food system offers us valuable information for our broader anti-hunger work.

One of the most important of these efforts is the reauthorization of the U.S. farm bill. It is due in 2023, but preparations are underway. The farm bill probably has more effect on the U.S. food system, and to a lesser extent the global food system, than many of Bread’s other legislative priorities.

The effects of racism throughout the U.S. food system are indelible.