Bread for the World members make a difference—every month! 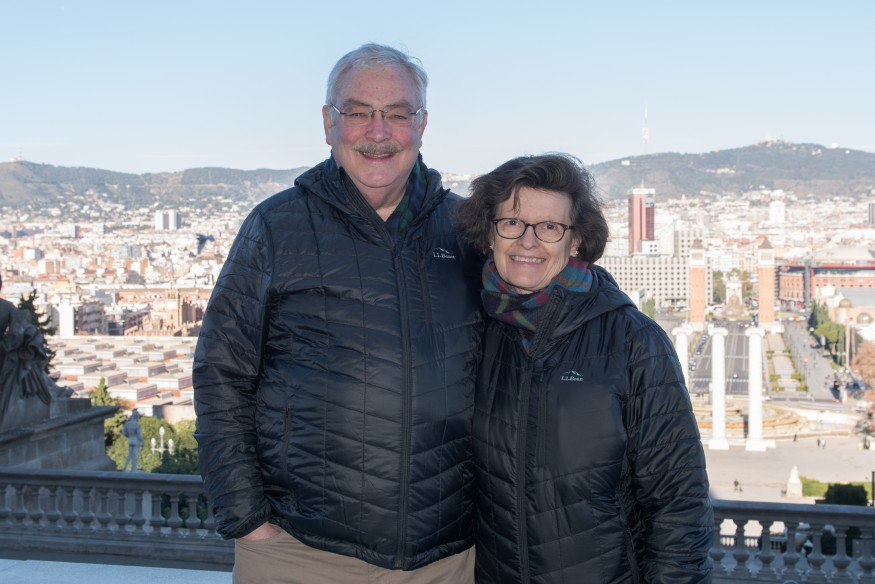 “I was a child of charity,” Melanie Rodenbough says. “I was fed and clothed with charity, and I know what charity can do.”

Melanie’s mother died when she was 8 years old. Her father was an alcoholic and her grandmother was unable to care for her. She lived in a Presbyterian Children’s home until she graduated from law school at age 24. Soon afterward, Melanie married Bo—whom she’d begun dating in law school—on the grounds of the Children’s Home.

Bo and Melanie have been active members of Guilford Park Presbyterian Church in Greensboro, North Carolina, for nearly four decades. The late Bob Herron, a Presbyterian pastor and counselor, was the driving force for Guilford Park becoming a Bread for the World Covenant Church.

At a meeting at Bob and Judy Herron’s home, Bo and Melanie learned about Bread for the World’s model for ending hunger. Melanie remembers a powerful image shared at the Bread North Carolina State Convention they attended shortly afterwards: food banks and private charities provide only one out of every 20 bags of groceries that feed people who are hungry. The other 19 bags are provided through U.S. federal assistance.

“Bread for the World provided Bo and me with a widened vision,” Melanie says. “Charity is wonderful, but policy change can accomplish so much more.”

When Bob Herron passed away, Guilford Park Presbyterian Church formed a Justice and Peacemaking Committee—and Melanie became its chair. All agreed that Bread for the World’s work should become a key activity.

In 2016, Melanie and Bo traveled to Washington, D.C., for Bread for the World’s annual Lobby Day in June. Both were deeply moved to see hundreds of people from across the country traveling to our nation’s capital to persuade their representatives to keep and expand domestic and international aid in the federal budget.

“That God expects God’s people to feed the hungry and poor is beyond dispute in Scripture,” Melanie says. “And only legislation can ensure food aid and development support will make the difference.”

Melanie and Bo joined the Baker’s Dozen giving program with a monthly gift. Melanie says, “We wanted to support Bread for the World in a way that is most helpful to their work. Our gift reinforces our church’s involvement. And it’s automatic—we don’t have to remember anything!”

Bo and Melanie have four adult children and two granddaughters. Bo is still a practicing attorney. Melanie enjoys reading and gardening and recently became a columnist for the local paper. She has been involved for several years with FaithAction International House, a nonprofit that serves and advocates for immigrants and refugees from over 60 nations.

Melanie and Bo commented on a recent email from David Beckmann, Bread for the World’s president. Beckmann referred to the bad news—war, violent weather, violent policies—with which we are bombarded every day. But he also lifted up the world’s unprecedented progress in recent decades as a powerful reason for hope.

“Our accomplishments bear witness: Goodness prevails over evil,” Melanie says with fervor. “Hope for the hungry is also hope for the rest of us.”

You can help end hunger every month of the year by joining the Baker’s Dozen giving program. Every $1 you give helps win more than $100 in assistance program through our federal government that help end hunger in the United States and around the world.

By joining the Baker’s Dozen monthly giving program, you will provide consistent financial support that enables Bread for the World to operate efficiently. Your monthly gift of $5, $10, or $20 will add up to a significant contribution to support our work together to end hunger. Getting started is simple and easy. Go here to join or call 800-822-7323. You may change the amount of your monthly gift or discontinue your giving at any time.

That God expects God’s people to feed the hungry and poor is beyond dispute in Scripture.