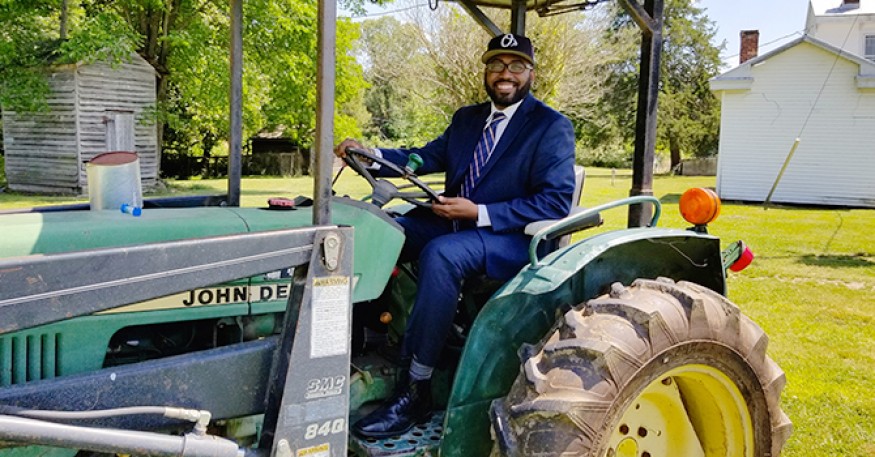 In 2015, Brown founded the Black Church Food Security Network in Baltimore, aiming to build an alternative food system for residents of neighborhoods without grocery stores, mainly using fresh produce grown in gardens on church properties. Today, 12 Baltimore churches are part of the network, and Baltimore’s initiative has inspired similar church-led efforts in other areas of the United States.

The term food apartheid is increasingly used to explain the lack of access to nutritious foods in black communities, but the more common term among anti-hunger activists is “food desert.” Heber explains that food desert does not fully convey the racial inequity caused by disinvestment in black communities. Lack of investment is just one item on a long list of laws and practices, from slavery and sharecropping to Jim Crow and redlining, that have created the segregated neighborhoods of concentrated poverty that are the visible signs of past and present U.S. racism.

Across the nation, black communities are more likely not to have a grocery store than majority white communities. Instead of food retail outlets selling healthy foods at prices residents can afford, black communities typically have many fast food outlets as well as corner or dollar stores that sell either highly processed foods or none at all. In many communities, such businesses have reached a saturation point.

When Brown became a pastor at Pleasant Hope in 2010, he didn’t expect food to be part of his ministry. But when he found himself spending inordinate amounts of time visiting members of his church in hospitals—many with diet-related conditions—he realized that something needed to be done. Brown was only 30 at the time, while most of his ailing parishioners were seniors. Their conversations reminded him of his grandparents—most were too proud to admit that they couldn’t afford healthy food, could not travel long distances to stores that carried these foods, or both.

At first, Brown was at a loss as to what to do for them. Baltimore already has established food charities, and his people were not looking for charity anyway. As he was walking up the front steps of the church, he passed a modest-sized lawn—why not plant a garden? Except he didn’t know anything about gardening. So he raised the idea of planting a garden during one of his sermons, and found there was not only interest but excitement, especially among older members of the church, many of whom had grown up on farms and knew a thing or two about growing food.

Sister Maxine Nicholas taught him how to work the land, and he was astonished as their little garden yielded 1,200 pounds of produce the very first year. He had never imagined they could produce that much food on their modest plot of land. The garden provided members of the church with fresh foods that were rarely or never seen in the neighborhood.

Before long, the success of gardening at Pleasant Hope attracted local media attention, and other churches in the city were reaching out to him for help. “Right after I shake the pastor’s hand,” says Brown, “I’m immediately looking around for the Sister Maxines. You’ll never see them standing on podiums at conferences, but those are the natural leaders.”

Brown thinks a lot about the sustainability of the alternative food system. The church is the most well-established institution in the black community, and that’s why he believes the work should be anchored in the black church. But sustainability depends on individuals willing to do the work. Sister Maxine passed away in 2018 at the age of 83, and he’s acutely aware that transforming food systems requires the energy of young people.

“You have to offer a compelling vision about the pride in doing what we have to do to take care of ourselves,” he said. But it’s not easy, he admits. Like Brown himself, they are city kids, and they may be more likely to associate agriculture with slavery than with liberation.

Unlike Sister Maxine and other volunteers behind the scenes, Brown does stand on podiums to talk about food system transformation. As often as he can, he brings young adults from the church with him. He wants to enable them to see themselves as part of a movement that transcends themselves and their neighborhoods.

Across the nation, black communities are more likely not to have a grocery store than majority white communities.