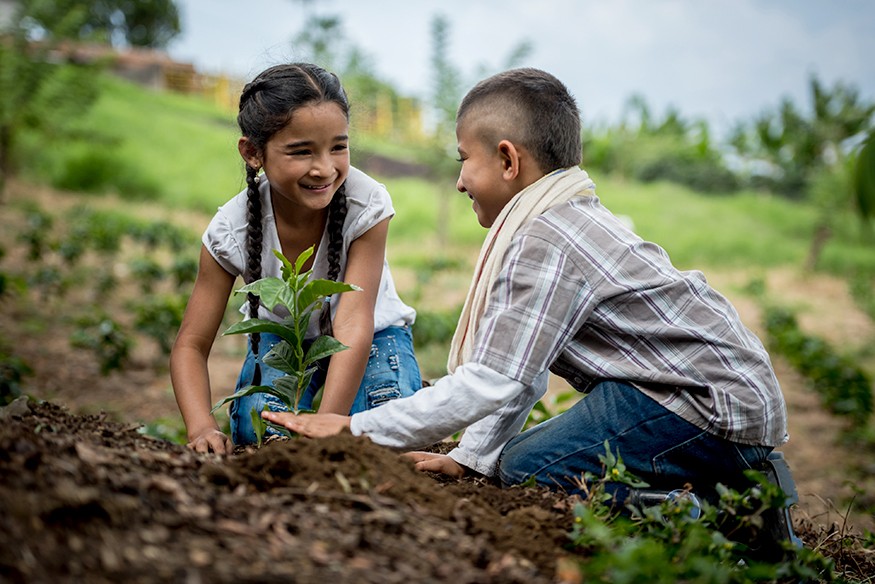 Earth Day, April 22, is quickly approaching. Read on for a look at some of the main activities, many virtual and all centered around this year’s theme, Restore Our Earth.

We have also recently published a feature on continuing advocacy on the Child Tax Credit expansion, the most significant opportunity to reduce U.S. child poverty in many years; a look at the daunting problems Venezuela faces, despite its status as an oil-rich, previously middle-income nation; and an update on efforts to contain the COVID-19 pandemic in the only way possible—through worldwide vaccination.

Ahead of Earth Day itself, on the evening of April 20, the Hip Hop Caucus and its partners will host the "We Shall Breathe" virtual summit. This digital event will “examine climate and environmental justice, connecting the climate crisis to issues of pollution, poverty, police brutality, and the pandemic, all within a racial justice framework.”

Organizers of this year’s Earth Day, the 51st annual, have identified five pillars that will contribute to realizing the goal of restoration of the Earth. They are the Great Global Cleanup, Food and the Environment, the Canopy Project, Climate Literacy, and the Great Global Challenge.

Of the five pillars, Bread for the World Institute is, of course, primarily focused on Food and the Environment, but we also work on other pillars, particularly Climate Literacy. Bread staff work to enable policymakers, anti-hunger advocates, climate advocates, and others who are interested to see why and how hunger is inextricably connected with climate change. In fact, as we describe in our 2017 Hunger Report, Fragile Environments, Resilient Communities, climate change is one of the main causes of global hunger.

The first-ever Earth Day was held in 1970. Climate change was not on the radar among people in the United States. Nevertheless, the first annual Earth Day is credited with inspiring the modern environmental movement, and it focused on key environmental concerns that are even more pressing today than 51 years ago. The Great Global Cleanup is always much needed.

The Canopy Project produces and shares training events and educational materials on why and how communities may plan to plant and—equally important—provide life-sustaining care for new trees. It joins a host of impressive grassroots reforestation initiatives. Among the best-known is Kenya’s Greenbelt Movement.

The Great Global Challenge pillar is centered around science, including a citizen science initiative. People all over the country are invited to participate in research on important environmental and climate concerns. Two current topics are air quality and plastics. Another key focus is bees, as we continue to hear alarming news about the collapse of bee colonies—and ultimately, of course, people’s ability to grow food since bees are essential pollinators.

Because I live in Maryland, I have been encouraged to download and use an app to help track cicadas. Maryland will be the epicenter when, in mid-May, the billions of cicadas of Brood X, all of which have lived underground for the past 17 years, emerge to seek mates. Researchers are gathering reams of cicada data from “citizen scientists” and others to learn more about how climate change is affecting insect species.

Returning now from climate science to Bread’s central concerns, I’d like to mention a few other hunger and food systems initiatives of the network that organizes Earth Day. A 2020 report, Climate Change and the American Diet, offers insights into U.S. public attitudes toward eating more climate-friendly, plant-based foods. Written through a partnership between Earth Day Network and the Yale Program on Climate Change Communication, the report finds that people are fairly receptive to the concept but don’t have much information.

Just a sampling of other Earth Day Network initiatives: The Foodprints project measures the various environmental impacts of the “farm to fork” system in the United States. The 2012 Urban Environment Report evaluated 72 U.S. cities on more than 200 environmental indicators, centered around residents who “may have greater sensitivity or susceptibility to environmental, health, and social problems.” Farmers for Earth is a free information-sharing platform for small and medium-sized farmers in the United States. Launched on Earth Day 2019, it offers opportunities for farmers to connect with peers who are already engaged in sustainable agriculture as well as with subject experts.

Bread for the World Institute wishes everyone a Happy Earth Day and, since restoring the Earth is not a one-day project, a fulfilling Earth Year as well.

Bread for the World Institute wishes everyone a Happy Earth Day and, since restoring the Earth is not a one-day project, a fulfilling Earth Year as well.