On Faith: Reasons for hope and persistence 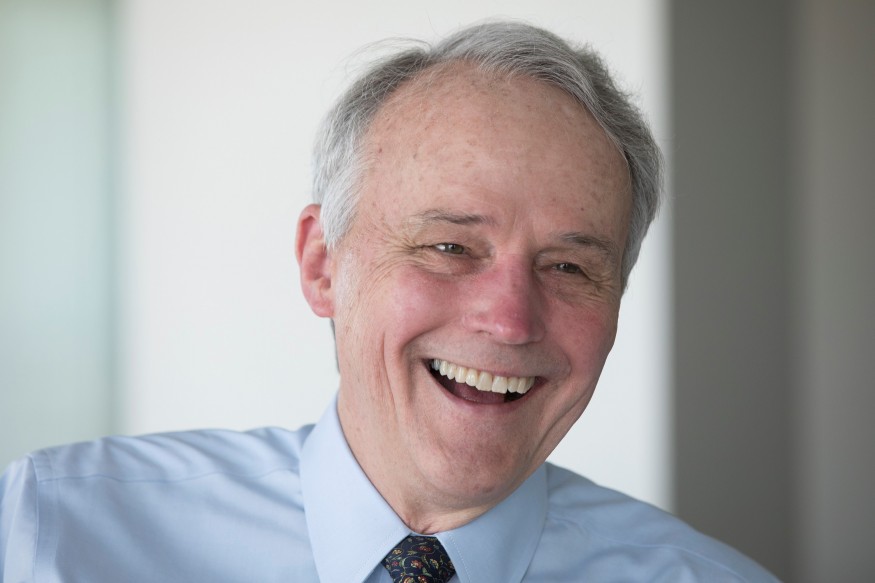 We are bombarded by bad news—war, violent weather, violent policies:

"O Lord, how long shall the wicked exult? They pour out their arrogant words…They crush your people, O Lord…"  (Psalm 94)

But we have reasons for hope and persistence. The world’s unprecedented progress in recent decades—shown on the right side of the graphic below—is a powerful reason for hope. At Bread for the World, we have come to see this progress as a contemporary experience of our saving God—a great exodus from hunger.

The left side of the graphic shows that we have made progress in our country, too. Nearly all this progress was made in the late 1960s and early 1970s when the nation set up programs like Medicaid and SNAP for low-income people. We learned from that experience that we can reduce hunger and poverty in our country too, and we have maintained and improved those programs over the years.

Bread for the World and its members have played a significant role in the advances shown in this graphic.

Over the last few decades, Bread for the World has been an important voice as U.S. international aid has quadrupled in scale and steadily improved in effectiveness. President Trump has pushed for deep cuts in international aid, but—thanks in part to our advocacy—Congress has continued to increase aid. In fact, the average annual appropriation for international aid during the Trump administration has been higher than in the last year of Obama’s presidency.

Starting in 2011, powerful political forces have pushed for massive cuts in programs that help low-income families in this country. Budget after budget proposed to cut about $2 trillion from these programs. That’s what the government shutdowns and the fiscal cliff were about.

Bread for the World has been a leader of the faith community’s response to the budget debate. Remarkably, Congress has, in the end, made virtually no cuts in poverty-focused programs. At the end of 2019, Congress finally approved some much-needed increases in low-income programs.

Despite all the bad things happening now, progress against hunger and poverty continues.  Although the number of people who cope with calorie-deficient diets has gradually increased over the last five years, most of the international indicators of human welfare (including the number of stunted children in the world) are still moving in the right direction. In our country, the Great Recession was a huge setback, but hunger and poverty are now inching downward again.

Decades of progress, the clear impact of advocacy, and continued progress—these are reasons for hope and persistence.

More fundamentally, God is our source of hope. We draw hope from the abundance and resilience of creation, the biblical pattern of moral failure and divine rescue, and the worldwide explosion of faith in a gracious God that began in the resurrection of Jesus.

Psalm 94 promises that “the Lord will not forsake his people.”  And Jesus taught his disciples “to pray always and not give up” (Luke 18:1).

Decades of progress, the clear impact of advocacy, and continued progress—these are reasons for hope and persistence. 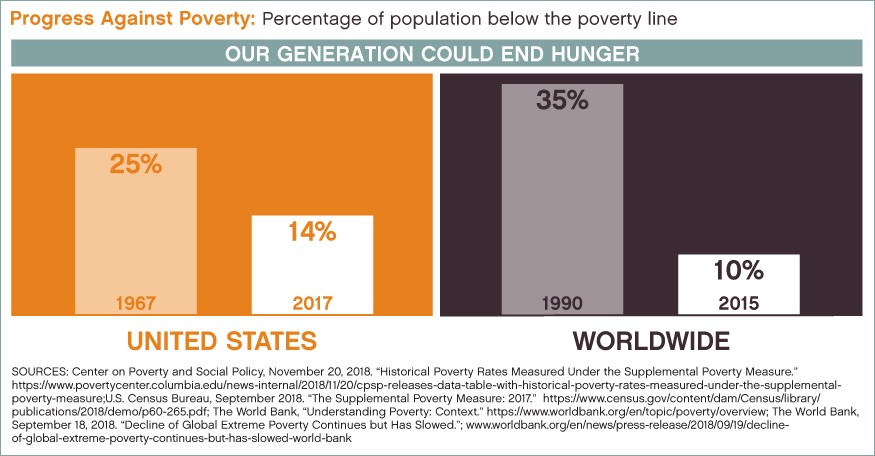