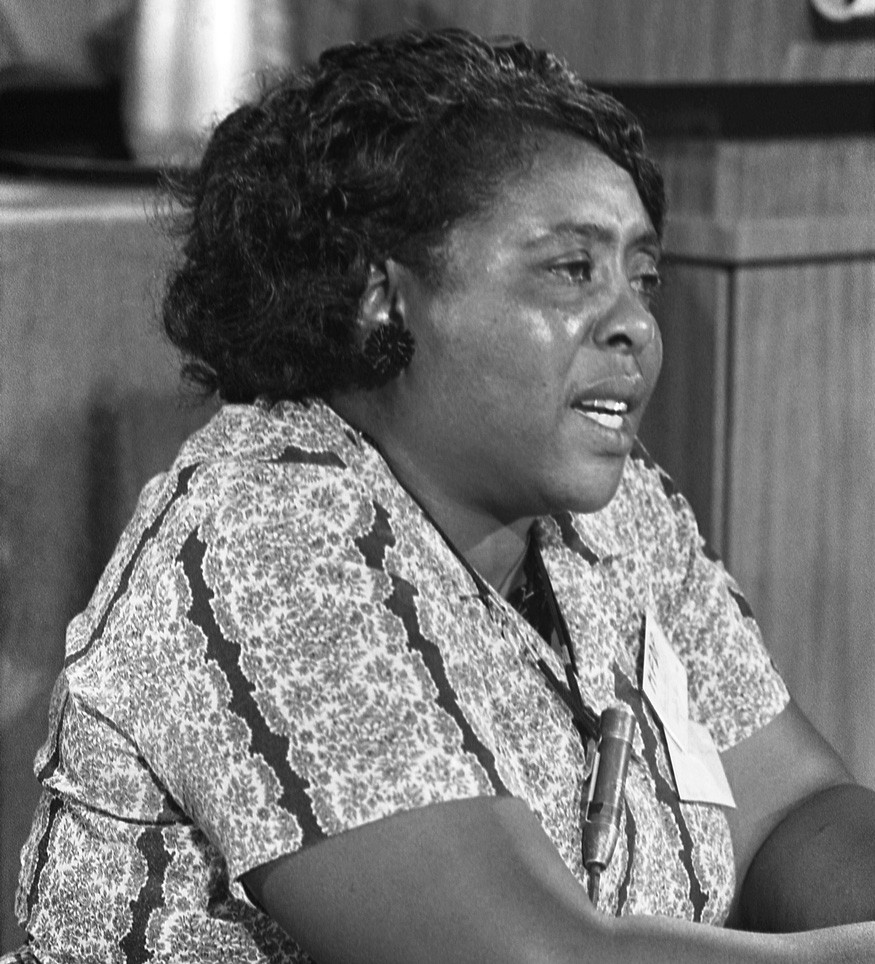 A food justice movement in the United States is on the rise, and it owes much of its dynamism to communities of color who have said that enough is enough. They’ve had it with urban food deserts, or food apartheid as it is sometimes described. Food systems are yet another vector for systemic racism.

In last month's issue, I featured the inspirational work of Rev. Heber Brown in Baltimore in leading the Black Church Food Security Network. I wish there was space in this blog to chronicle the works of many others, such as Leah Penniman, co-founder of Soul Fire Farm in Upstate New York and author of Farming While Black, or to pay tribute to the remarkable accomplishments of Will Allen, founder of Growing Power in Milwaukee. Hopefully, these links will encourage readers who are interested to explore.

As this is Black History Month, I thought it would be appropriate to say something about one of the pioneers of the food justice movement. The name Fannie Lou Hamer is not obscure, but the civil rights and women’s rights icon of the 1960s and 1970s is less known as a food justice advocate. The term food justice was coined only later, since at the height of the civil rights movement, all injustices were part of its agenda.

In 1969, Hamer established the Freedom Farm Cooperative, whose objective was to make land accessible to black farmers and provide a source of food and employment for marginalized communities in the Mississippi Delta. Throughout the 20th century, African American farmers (not only in Mississippi, but nationwide) were routinely denied loans they sought from the U.S. Department of Agriculture. Most lost their land as a result and were forced to resort to sharecropping or join the Great Migration headed North and West. It was one of the most egregious examples of wealth stripping carried out by the federal government, orchestrated by unabashed racists such as Mississippi Senator James O. Eastland. Today, African Americans make up less than 2 percent of the nation’s farmers, compared to nearly 15 percent a hundred years ago.

The Freedom Farm Cooperative included The Pig Project, providing a source of protein to families who could not afford the cost of meat. Hamer sought contributions from the National Council of Negro Women. Using an approach similar to that of Heifer International, families could receive a piglet to raise and breed as a source of income and would then donate offspring to other families in need. The Freedom Farm Cooperative expanded to include community gardens, a commercial kitchen, a Head Start program, a job training center, a tool bank, and several income-generating enterprises, such as a garment factory and sewing cooperative. Hamer made it the business of the cooperative to offer support to community members who had lost their jobs or had been evicted for exercising their right to vote.

Sociologist Marcia White writes, “Freedom Farms and the work of Ms. Hamer, offer us important and valuable lessons on rebuilding our communities and investing in sustainable cities around growing food.”

Today’s food justice advocates are not only attempting to feed communities where food systems have failed, but they have become ever mindful of preserving the sustainability of the tiny parcels of land that are all that is available to them.  Will Allen of Growing Power has said, “To be a sustainable farmer and grow without chemicals is harder than being a professional athlete.” Take it from him—Allen was a professional basketball player before he heard the call of urban agriculture. Allen, along with Heber Brown, Leah Penniman, and many others, is continuing to lead the way along the path blazed by activists such as Fannie Lou Hamer and her own lodestars, who include Vernon Johns. Whatever era of history in which they shine, they are inspirations to people of any color.

A food justice movement in the United States is on the rise, and it owes much of its dynamism to communities of color who have said that enough is enough.