Love Thy Neighbor: Christ revealed in prison and in advocacy 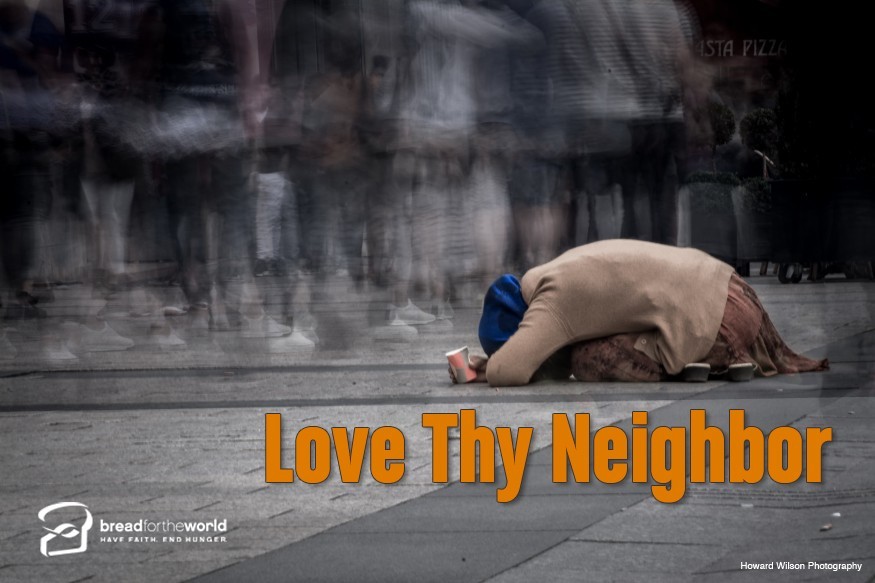 I can still hear the heavy security doors buzz, open, and slam when I entered the maximum security facility of Indianapolis Women Prison (IWP). This sequence happened twice in the same building before I entered the prison courtyard. The same entry process would happen when I entered any other building to visit the women at IWP. This was my routine security process for many years as a volunteer assistant chaplain, primarily assigned to incarcerated women on death row and in administration segregation and disciplinary units. This was the sound of incarceration up close.

I felt blessed to be welcomed by the women. Despite their captivity, together we experienced the transformative power of Christ’s presence through prayer, Bible study, and mutual listening. As I grew in this relational ministry, I began to question why there was such a noticeable increase of women and teenage girls in prison. This led me to more deeply question the root causes of mass incarceration.

Bread for the World’s research finds that although the United States makes up only 5 percent of the world's population, it accounts for one-quarter of the world's prisoners, and most of this population comprises minorities, teenagers, women, or the elderly. Mandatory minimum sentences, particularly for low-level, nonviolent drug offences, tie the hands of judges. These minimums often require prison terms that are unnecessarily and inappropriately long—doing more harm than good for the individual, the family, and the community.

Moreover, Hispanic (38.3 percent) and African-American (31.5 percent) defendants are disproportionately convicted of offenses carrying a federal mandatory minimum penalty (compared to 27.4 overall). Michelle Alexander, author of “The New Jim Crow: Mass Incarceration in the Age of Colorblindness,” describes mass incarceration as "the criminal justice system, but also to the larger web of laws, rules, policies, and customs that control those labeled criminals both in and out of prison.”

Matthew 25:36b-40 suggests that we are responsible for prisoners, as well as those without good food, clothes, or health care. The creation story in Genesis states that God is with us and in us. Inequitable laws do not reflect the divine claim that all are made in the image of God. When our policies don’t reflect this, we have dishonored our neighbors, ourselves, and God.

Bread for the World believes that reforming our country’s mass incarceration policies is crucial to ending hunger and poverty. Our criminal justice system is broken. The inequalities that the system has operated have led to hunger and poverty. It's time to not only have a visitation ministry to those in prisons, but to advocate for sentencing reform. It’s time to investigate the special needs of those incarcerated and the special needs of women, including formerly incarcerated women.

Won’t you join us in advocating for Sentencing Reform and Corrections Act of 2017 (S. 1917), which addresses sentencing reform?

Angelique Walker-Smith is senior associate for Pan-African and Orthodox Church engagement at Bread for the World.

As I grew in this relational ministry, I began to question why there was such a noticeable increase of women and teenage girls in prison.