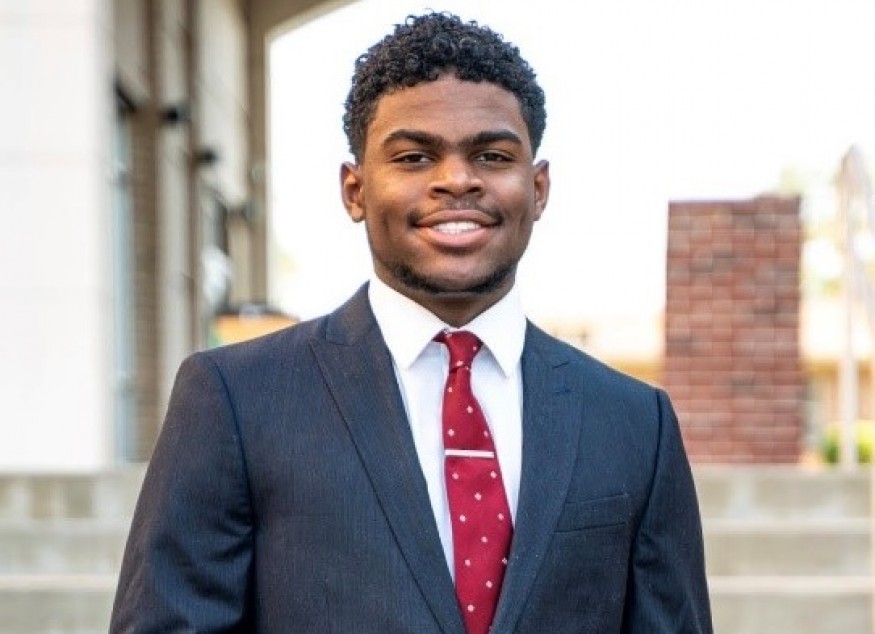 Raised with his younger brother by a single mother, Amon says their upbringing was not easy. “I started working at an earlier age so that I could help my mother around the house,” he said. “She needed help with bills, groceries, etc. so I had to step up. That is why I live by the motto ‘I want to help someone to help someone else.’”

Amon met Bread for the World organizer Florence French who talked with him about the importance of advocacy. “I can only imagine what life would be like for me if I could not eat,” he said. “Eating every day is important, it enhances who we are and it helps us perform better in school and life.”

Amon wants to help communities have access to food. He is plans to develop a Bread team on the campus on FAMU that will organize an Offering of Letters and host events with elected officials. He also wants to hold a fall event with Bread’s Racial Wealth Gap Learning Simulation. In addition to volunteering with Bread, Amon is planning food drives on campus to support people experiencing hunger in the surrounding community.

Amon hopes he has the opportunity to participate in this year’s Advocacy Summit and would eventually like to work on advocacy and policy issues in Washington, D.C.