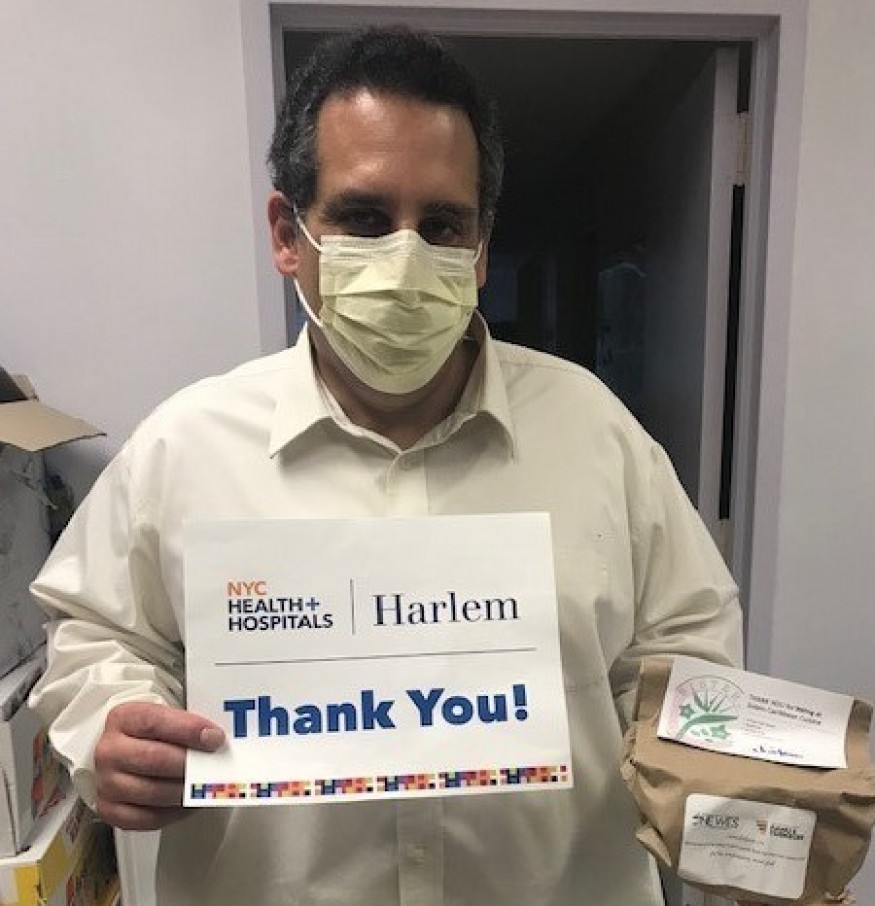 As the COVID-19 health crisis raged, the Tuskegee Wesley Foundation joined together with New York City (NYC) Alumni of Florida A&M University (FAMU) and Tuskegee University (Tuskegee) to meet the mounting needs of the most vulnerable people and businesses in NYC. Recognizing the need, the team formed the Charitable Alumni of FAMU and Tuskegee which is comprised of three alumni from each respective university, including FAMU alumni Ms. Rasheeda Davis, Rev. Audrey Rodgers, and Ms. Valencia Sherman-Greenup, and Tuskegee University alumni Ms. Lisa Mifflin, Ms. Miranda Mifflin, and Mr. James Rice. The Charitable Alumni of FAMU and Tuskegee partnered together with Tuskegee Wesley to raise funds to assist the local Harlem community, as well as to assist students sheltered at the two universities as a result of the pandemic.

The organizations sought donations through their NYC Feed the Frontline Initiative. Within ten days, the organizations raised over $6,700.00, enough money to feed 425 frontline workers, donate to the COVID-19 funds of both universities, and support five small, minority-owned restaurants in the Harlem neighborhood of New York City.

“Alumni, family, and friends have a strong history of giving back to their alma maters,” said Rasheeda Davis, a FAMU alumna.

Tuskegee University and FAMU are two historically Black colleges and universities (HBCUs) created for food research and built on acres of arable land. Now, however, the universities find themselves situated in food deserts with little access to grocery stores or restaurants, limiting the ability to respond to outside threats like COVID-19. In mid-March, when both campuses moved classes online, more than 100 of the most food, housing, and technology insecure university students were allowed to remain in dorms at FAMU and Tuskegee. Donations thus helped students in need by supplementing reduced dining services and menu offerings through campus food pantries and other innovative feeding programs.

In the city of New York, which was an epicenter of the pandemic, the partnership’s donations helped to feed frontline workers fighting the pandemic at two fire stations, two post offices, the truck hub of United Parcel Services, the Metropolitan Hospital Center in East Harlem, and Harlem Hospital Center. The project targeted workers who typically receive limited Personal Protection Equipment (PPE) but whose work puts them at risk for contracting COVID-19 such as lab technicians, social workers, post office workers, chaplains, firemen, and environmental service technicians.

The connection between the HBCUs and African American institutions in NYC dates to the mid-nineteenth century. Not surprisingly, one of the earliest documented institutional partnerships was the Black hospital movement in 1920. HBCUs and activists in Harlem worked effectively to expand opportunities for training and professional advancement for African American doctors and nurses. Black doctors and nurses could then staff hospitals for people of color in healthcare deserts across the U.S. until the gradual process of integration began in the mid-1960s.

“Tuskegee established the first nursing program in the state of Alabama. Harlem is one of the places where Tuskegee sent graduates to train as health care professionals,” said Rev. Audrey Rodgers, executive director of the Tuskegee Wesley Foundation. “It’s amazing that in 2020, alumni from these institutions are now working together to bring awareness to the food insecurity which impacts black and brown people throughout this country.”

Margaret Tran is a senior regional organizer at Bread for the World.

Alumni, family, and friends have a strong history of giving back to their alma maters