Obama legacy on development on display at White House summit 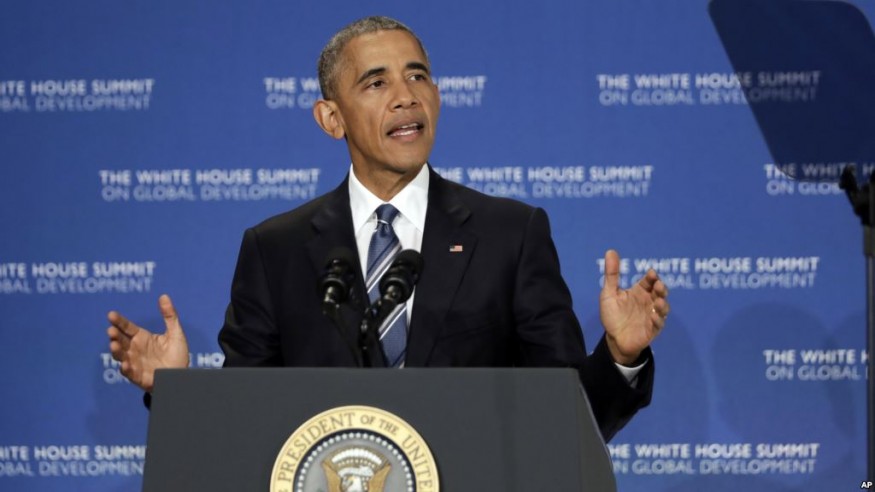 Before giving his own speech at the summit, Obama signed the Global Food Security Act (GFSA) into law, a major victory for Bread’s members and partners who had lobbied for it since last year.

Pertaining to hunger, he explained, “No society can flourish - children can’t flourish if they’re going hungry. We can’t ask a child to feed her mind when she can barely feed her stomach.” The president ended his comments on hunger with: “Let’s make hunger history.”

One way that will happen is through the GFSA. The bipartisan legislation will benefit many of the more than 795 million chronically malnourished people, including 159 million children, worldwide. The legislation will also improve maternal and child nutrition, especially in the key 1,000 days between a woman’s pregnancy and her child’s second birthday.

The GFSA puts in place a strategy, similar to the successful Feed the Future initiative, for the U.S. government to help hungry nations develop smart, long-term agriculture programs.

Last year, Feed the Future helped nearly 7 million smallholder farmers and reached more than 12 million women and children with vital nutrition programs. The legislation also authorizes International Disaster Assistance programs, including a program focused on flexible emergency food assistance. This is how the U.S. is feeding Syrian refugees in Jordan, Lebanon, and Turkey, and was able to quickly provide life-saving food assistance in the Philippines and Nepal.

Among the panels during the summit was “Feed the Future: Partnerships for a Food Secure 2030,” which touched on the importance of creating economic stability and developing the private sector of the economy in rural and underdeveloped areas so there’s a structure for commerce without aid. The goal is to “elevate the poor farmers to be the backbone providers for their country, “said Shenggen Fan, director general of the International Food Policy Research Institute.

“Partnering to Finance the Sustainable Development Goals” focused on how innovative, young entrepreneurs may be the solution in reaching sustainable development goals. Gary Hattem, president of the Deutsche Bank Americas Foundation and managing director of Deutsche Bank's Community Development Finance Group, explained the need to “create customers and clients out of people we would normally see as aid recipients.” Innovative entrepreneurs “see this problem as a business model [or] market opportunity,” he added.

Andrew Philip Frey is a communications intern at Bread for the World.

The president talked about building upon President George W. Bush’s legacy of expanding healthcare to tackle diseases in developing countries.