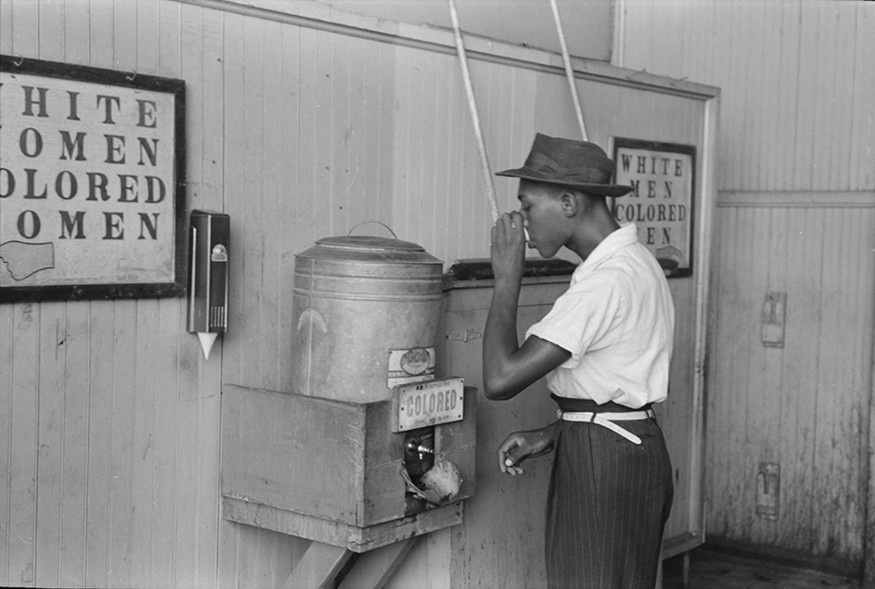 The slaying of Black bodies is not new. The recent lynchings of Rayshard Brooks, George Floyd, Ahmaud Arbery, Breonna Taylor, and so many more holds up a mirror to our nation’s original sin. But it also reinforces the reality that much has not changed—rather the forms they take on have only mildly shifted.

I have many words to say—more than what my lifetime’s worth or 400 years of racial oppression can fit onto a page. But nonetheless, I will attempt to start.

As a Black woman, I know firsthand that the racism I experience is different than the racism faced by other people of color. Unfortunately, this truth is no longer surprising to me. Looking at the history allows me to make sense of why this is the case and how this is still full-strength reality, functioning more than 600 years after Europeans first set foot on the continent of Africa to profit from the exclusive chattel slavery of Black bodies.

What I find surprising is that many white people and other people of color have not yet understood that this is the reality. That as a result of my Blackness, the racism I experience will also be different, and in many ways worse, than the racism that other communities of color encounter.

The reason for this is anti-Black racism.

Anti-Black racism is the name of the specific kind of racial prejudice directed towards Black people. Anti-Blackness devalues Blackness, while systematically marginalizing Black people, the issues that affect us, and the institutions created to support us. The first form of anti-Blackness is overt racism, which is upheld by covert structural and systemic racism that categorically predetermines the socioeconomic status of Blacks in this country. The second form of anti-Blackness is unethical disregard for Black people, as seen in the cases of police, or civilian, brutality against Black bodies.

Back in the 1400s when the Portuguese enslaved only Africans, they coined the term “Negro.” This word was translated as “Black” and used to describe the people living in Africa. At that time, people did not see themselves as belonging to the same race as all others in the sub-Saharan region. Of course, they also did not see themselves as belonging to an inferior social group. The Portuguese, however, described the people living on the continent as “uncivilized” and attempted to map this lie to the physical attributes of their Blackness. And while the term “white” was not formally named at that time, the Portuguese and other European colonizers later became identified under the umbrella of “white” and “civilized” by virtue of not being labeled “Black” and “uncivilized.” This justified the transatlantic slave trade of Black people, a history that is still with us today.

In short, Blackness is the antithesis of whiteness. The definition of “white” during the period of U.S. chattel slavery went so far as to specify that a white person did not have a drop of Black blood. So, it would make sense then that the direct opposite of whiteness is Blackness, and the policies designed to uphold white supremacy have also been the very policies that sought, and in many ways still seek, to harm Blackness. The suppression of Black people directly maintains the privilege, “purity,” and power of white people. This is one of the reasons that, on a spectrum of white to Black, people generally experience more power and privilege the closer in proximity to whiteness they are, and less power and privilege the closer in proximity to Blackness they are.

This is also seen in the construction of systemic racism, whereby policies were deliberately designed to oppress Black people while centering and upholding whiteness. This was the case with U.S. chattel slavery, sharecropping, Jim Crow policies, New Deal legislation, redlining, the separate but equal doctrine, over-policing and mass incarceration, employment discrimination, voter disenfranchisement, and many others. These policies were anti-Black, meaning that they were designed to target the Black community and center whiteness. And while they certainly negatively impacted all communities of color, it makes sense that the people hurt most by these policies are Black—at their core, these policies were anti-Black.

More than 400 years of unresolved anti-Black policies is the reason we see the Black community experiencing the highest levels of police brutality. Perhaps the most brutal form of anti-Black racism is the historical lynching. Lynching is defined as someone being put to death without court or legal sanction. As I sit here writing this, I acknowledge that my own body, a product of Blackness, is all too susceptible to this very same violence in this country today. According to the Equal Justice Initiative, lynchings were violent and public acts of torture that traumatized Black people throughout the country. Lynching took place in the United States well before the Emancipation Proclamation, but it increased sharply during the period 1880 to 1940 as African Americans sought freedom. It was largely tolerated by state and federal officials. Historically, police were complicit with lynching, whether by participating themselves or by allowing the violence to take place. In fact, as many as 75 percent of lynchings have had the direct or indirect assistance of law enforcement. And we see police involvement and complicity in killings today.

Perhaps the main difference today is that a fraction of these injustices has been filmed and posted on social media for millions to see. Per the definition of lynching, none of the killings were connected with a judicial proceeding or court order. They were examples of public acts of torture of Black bodies. This shows that anti-Blackness is not simply the racist actions of a white person, nor is it systemic racism alone. As scholar Nicholas Brady explains, it is also “the paradigm that binds Blackness and death” where “one cannot think of one without the other.”

What should be next…

What the recent protests and conversations have taught me is that many people and institutions don’t yet understand these realities. Many people, even those with good intentions, are perpetuating the same non-acknowledgement of anti-Blackness, which only reinforces the denial of my lived truth and my community’s historic reality.

"We can no longer say only 'racism.' We must specify 'anti-Back racism' to acknowledge the difference that holds Black people in oppression"