School’s out for summer, but Bread for the World wants to keep you in the know on our 2015 Offering of Letters: Feed Our Children. Every five years, Congress must reauthorize domestic child nutrition programs, which includes school lunch and breakfast; afterschool, daycare, and summer meal programs; and nutrition assistance to pregnant mothers and children up to age 5. The current legislation, reauthorized in 2010, will expire September 30, 2015.

So what is Congress doing as the expiration date nears?

Members of Congress have introduced a series of “marker bills” - bills introduced to lay out specific priorities or suggested changes before broader legislation is drafted. The goal of a marker bill is not necessarily to become law as is, but to build support for the policy changes in the bills so they can be included in final legislation.

Below is an update on some marker bills introduced this year that aim to increase access to nutritious food for children at risk of hunger: *

On September 17, the Senate Agriculture Committee will release and discuss its child nutrition bill. As members of Congress return to their districts for August recess, remind them that feeding our children is a top priority. You can email your member individually or contact your regional organizer about meetings or events happening in your area. Urge your members of Congress to make sure children at risk of hunger receive the healthy meals they need to learn and grow!

Alyssa Casey is the government relations coordinator at Bread for the World.

Take action on this issue 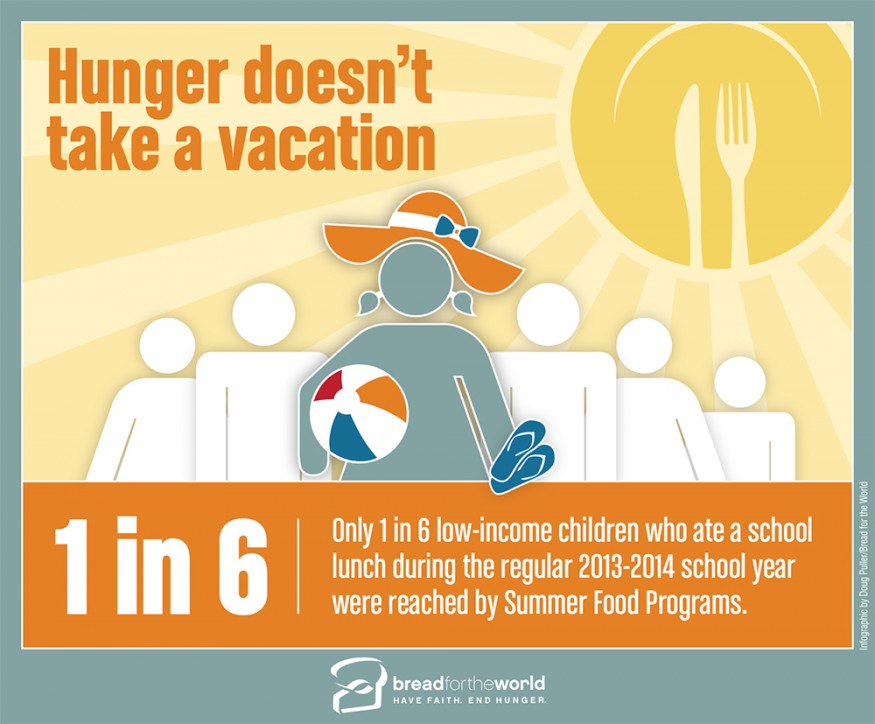