The treacherous journey to freedom, then and now 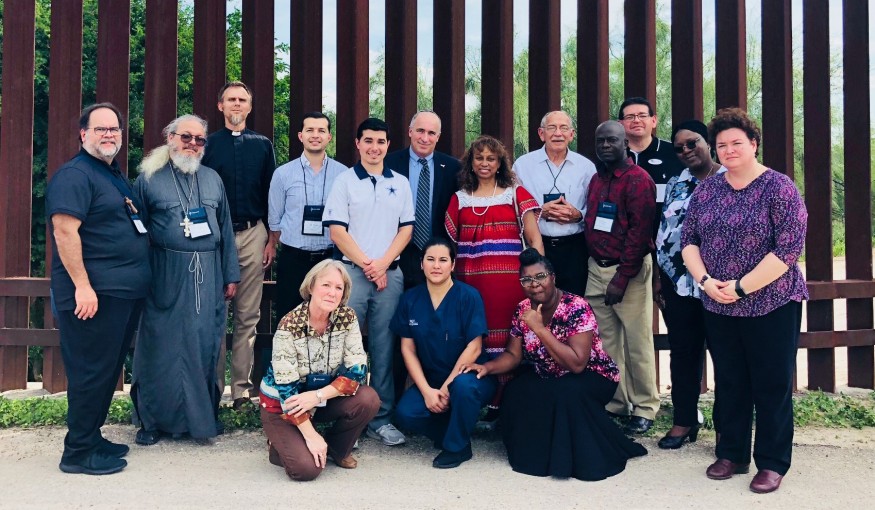 Recently, I had the honor and opportunity to serve on an official delegation convened by Christian Churches Together (CCT) to visit Hidalgo, Texas to witness firsthand the plight of migrants at the U.S.-Mexico border.

When I landed at the airport in Brownsville, Texas, the U.S. Border Patrol was visibly present. I was suddenly reminded of my ancestors who were also greeted by “border patrol” while fleeing from the brutal chattel slavery in the southern states and making their way north – even all the way to Canada.

This treacherous journey to freedom was enabled by the Underground Railroad – a network of secret routes and safe houses. It operated from roughly the early to mid-19th century until the Civil War.

On their trek, my ancestors were met by both hostility and hospitality. They were confronted with the Fugitive Slave Act of 1793 that was later solidified and strictly enforced by the Compromise of 1850. These congressional policies guaranteed the rights of slaveholders to recover escaped slaves.

Still, Christian leaders like Harriet Tubman, a member of the African Methodist Episcopal Zion Church, led the Underground Railroad. There were abolitionists who aided these northern bound caravans seeking new life and advocating for policies of justice. Many were Christians who risked hiding, feeding, and prayerfully encouraging those seeking a new life.

This reflection led me to a deepened spiritual and historical kinship with my brothers and sisters from Central America. Such kinship manifested as we prayed at the border, witnessed busses transporting migrants at the detention center, engaged families at the respite center, and observed immigration hearings in McAllen, Texas.

Each location exposed the horrific and heartbreaking circumstances of the home countries of the people migrating. Their journeys to the U.S.-Mexico border are reminiscent of the stories of my ancestors’ own path to freedom. Then and now, a new life free from violence, desperation, persecution, hunger, and poverty emboldened a courageous people to engineer an “Underground Railroad.”

As people — seeking freedom and protection — walk on foot in long journey to the U.S., the Trump administration is responding to the humanitarian crisis by separating and incarcerating families, detaining and prosecuting parents, turning away asylum seekers, and deploying the military along border communities.

The administration’s announcement, to deny migrants asylum unless they seek protection at a port of entry, is not only cruel and impractical but also the antithesis of the welcoming gospel of Jesus Christ.

It is a human right to seek asylum. As people of faith, we affirm this right and urge the administration and all members of Congress to do the same. Further, the U.S. must stop facilitating displacement and should partner in remedying the root causes of forced migration.

Our faith traditions teach and call us to welcome the stranger, stand with the vulnerable, and love our neighbor. Respecting the right to seek safety without fearing punishment must be protected in federal policy.

Instead of continuing unnecessary and immoral detention, deportation, and dangerous border policies, our country must follow the historical lineage of hospitability and moral leadership.

Rev. Angelique Walker-Smith is senior associate for Pan-African and Orthodox Church engagement at Bread for the World and president of Historic Black Churches of Christian Churches Together (CCT).

It is a human right to seek asylum.