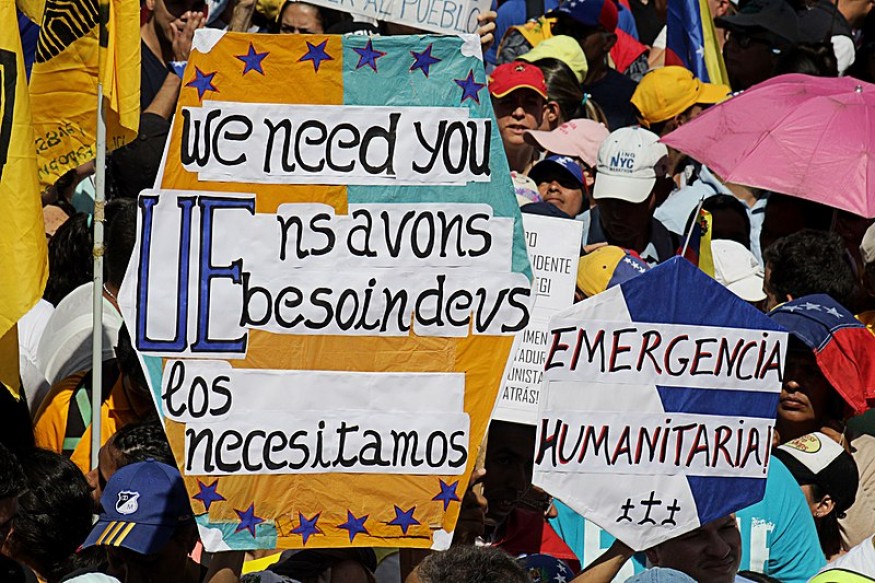 By Jennifer Gonzalez and Jordan Teague

As the political and economic crisis deepens in Venezuela—hunger has only worsened, and families continue to flee the country.

The crisis has led to shortages of food, medicine, and basic goods. The country’s currency is now essentially worthless. And the people of Venezuela, especially its children, are bearing the brunt of the crisis.

A New York Times story revealed in 2017 that doctors are seeing record numbers of children with severe malnutrition and that hundreds have died. In fact, 11,446 children under the age of 1 died in 2016—a 30 percent increase in one year, according to the story. The situation has only grown worse.

The humanitarian crisis in Venezuela is unconscionable. Families are scavenging for food in dumpsters and babies are dying because many new mothers are so malnourished they cannot breastfeed, and it is hard to find or afford infant formula.

The United States has pledged $20 million in humanitarian aid to help address the food and medicine shortages.

Research shows that good nutrition is most crucial during pregnancy and in the first two years of a child’s life—the first 1,000 days. Making progress on malnutrition, especially among women and children, is key to ending chronic global hunger.

Bread for the World’s 2019 Offering of Letters: Better Nutrition, Better Tomorrow is urging Congress to support a global initiative to accelerate progress on nutrition and increase funding for global nutrition.

Push factors such as hunger, violence, and extreme poverty in Venezuela are forcing millions of people to flee the country. A report found that Venezuelans lost on average 24 lbs. in body weight in 2017 and almost 90 percent live in poverty.

These push factors are also some of the main drivers compelling people in Central America to leave their home countries.

More than 1 million people in Venezuela have fled the country and have arrived in Colombia in the past 18 months.

In 2018, Colombia’s government conducted a census of all Venezuelans in the country, documented and undocumented in order to determine the size and makeup of the population as well as its needs.

Colombia plans to offer the 442,000 undocumented Venezuelans a temporary permit to stay that allows them to work and access basic services such as health care and education. This will help enable people whose lives have been devastated to secure safety and stability for themselves and their children.

Push factors such as hunger, violence, and extreme poverty in Venezuela are forcing millions of people to flee the country.