When we come together, we have power. Partnering with God to end hunger requires us to organize ourselves for action. When we come together as churches, campus groups, community organizations, or individuals of good will, collective action makes a bigger impact than individual protest. Because we live in a democracy, Congress listens when people speak up, and we can be heard better when we speak together. Advocacy to end hunger — involving educating, organizing, and mobilizing — starts with us in our communities. Churches are often in the best position to see the harsh realities of hunger and poverty among their members, in their neighborhoods, and in the world. Many churches operate or support feeding programs, such as soup kitchens or food pantries, or other programs. Churches also connect with people who are hungry and struggling with poverty through CROP Walks, social ministry programs, and mission trips. And many churches and their members financially support their denomination’s hunger programs and related agencies that work in relief and development in the U.S. and around the world. Churches make some of the best anti-hunger advocates because they can combine hands-on experience with their faith.

Churches can also use their influence and speak about issues from a strong moral position. Pastors can help their congregations understand what the Bible says about hunger. Speaking about hunger from a biblical standpoint calls others, especially lawmakers, to serve justice and the common good. Holding an Offering of Letters is one way Christians in a faith community can share their faith-informed perspective on ending hunger and to urge elected officials to end hunger. The energy, optimism, and idealism of young people bolster the willingness of older generations to take action.

College students have a unique opportunity to influence their peers and make a difference through on-campus advocacy. Students learn about important justice issues and engage in life-changing ways through academic lectures, awareness events, alternative spring breaks, campus ministry activities, and international mission trips. Because of their boldness of vision and courage, throughout history, students have played a major role in social justice movements. Students can rally their entire campus and impact their community and the world.

College students, as new voters, are often excited about communicating with elected officials. They can organize on campus, create or join local Bread Teams, host or participate in an Offering of Letters, or use the latest technology to educate and motivate constituents.

Passion and energy move people, and those qualities abound in young people. When young adults provide their energy and creativity we can all make a bigger, bolder impact. 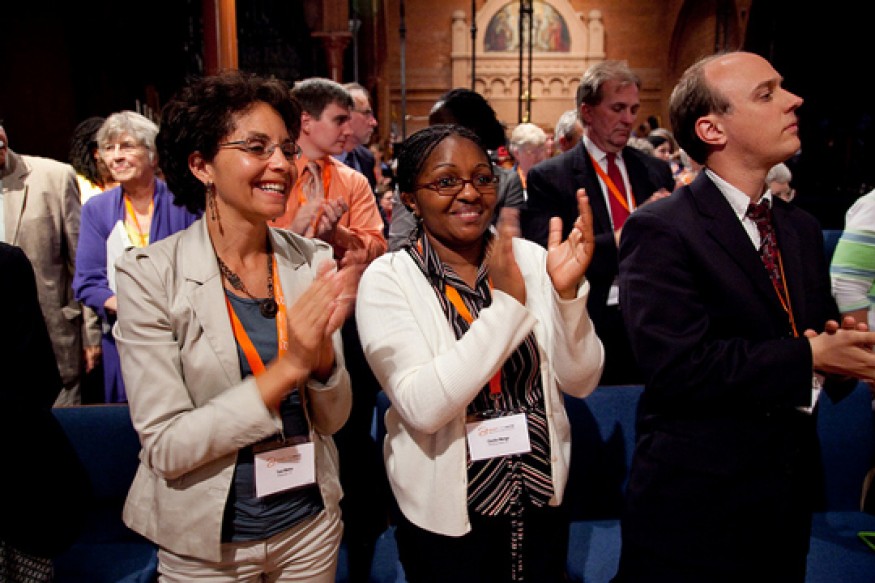 Individuals don’t have to be part of an organized group to work toward ending hunger. Many people volunteer. Giving your time is a valuable way of contributing toward the end of hunger. You can volunteer at a soup kitchen or during election time for a candidate who pledges to end hunger.

Bread has many ways individuals can connect to our collective action. Give us your email address and we will help you.

You can multiply your individual act by getting your friends and family to do the same our joining others in Bread Teams or talking to your local Bread Organizer. In many communities, Bread Teams pull together representatives from churches, schools, and community groups to work together on hunger and poverty issues. Supported by our regional organizers, these teams coordinate in-district meetings with members of Congress and outreach to the media.

Partnering with God to end hunger requires us to organize ourselves for action. 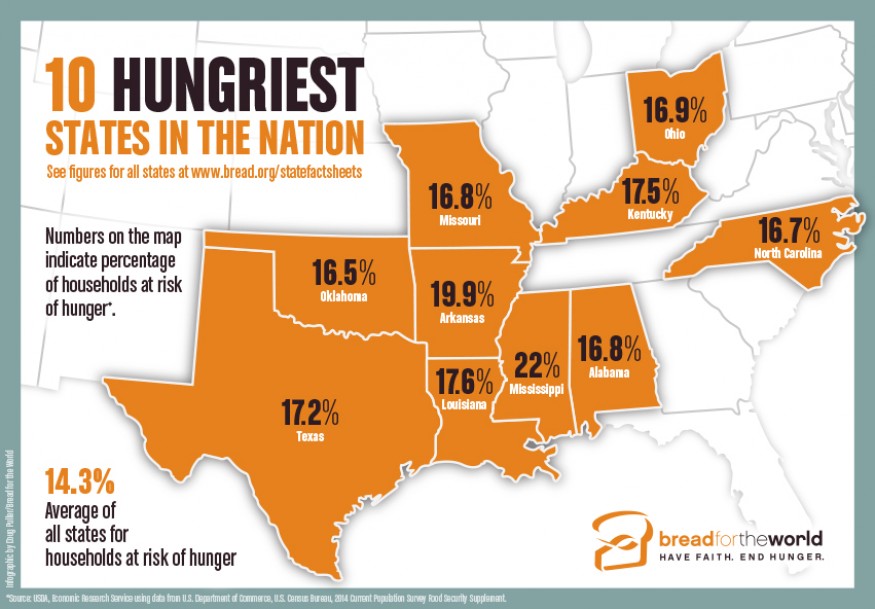 Hunger exists in the U.S. just as it does overseas. In the U.S., where there is poverty, hunger is often there also. Hidden hunger is a term used to describe what happens when vitamins and minerals are not part of the diet.