What a difference 8 years can (& did) make 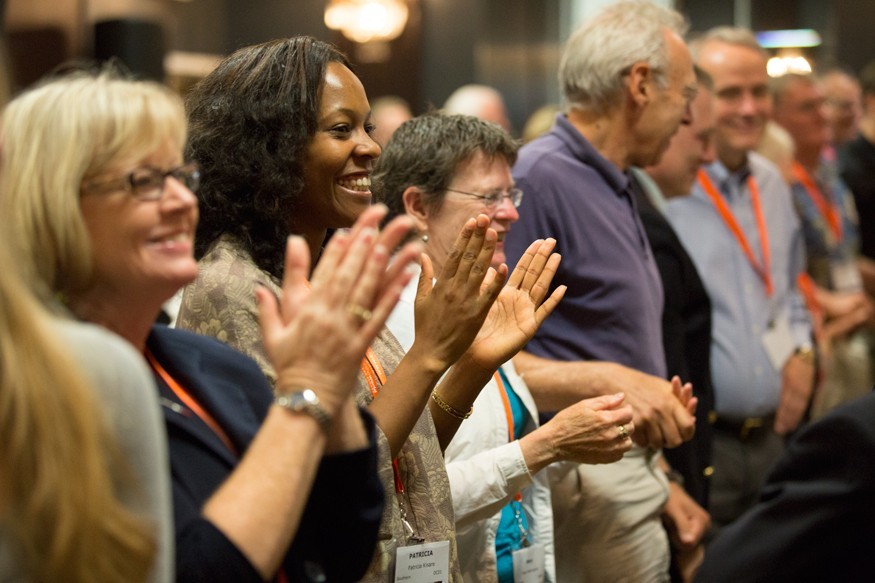 Think back to 2008. I know — it can be difficult even to remember what you had for lunch yesterday. But spending a few minutes thinking about where we were as a country at the start of the Great Recession, and where we are today, is a worthwhile exercise. Reviewing the differences between then and now shows that progress on reducing hunger and poverty is not only possible, but can be accelerated in the years to come. It shows that the goals of ending hunger and extreme poverty by 2030, two elements of what’s sometimes called the 2030 Agenda, are not just aspirational but doable — even if there are setbacks along the way.

Take hunger. U.S. food insecurity — or not always having money to put food on the table — has been too high for too many years. Because of the Great Recession, food insecurity spiked from about 11 percent of U.S. households in 2007 to almost 15 percent in 2011 — meaning that nearly 14 million additional men, women, and children were food insecure.

But over the past eight years, the country was able to start recovering from this major setback. It took longer than anyone wanted, and the number of food-insecure children and adults still isn’t back to pre-recession levels. However, a much-needed temporary increase in SNAP (formerly food stamps) benefits, along with a gradually improving economy, helped lower the food insecurity rate to 12.7 percent in 2015 — the first significant decrease since the start of the recession.

And real median household income? In 2015, it increased for the first time since 2007, by 5.2 percent. Not only white households, but African American and Latino households as well, now have more purchasing power.

Looking for more progress on issues that impact hunger and poverty?

The unemployment rate is currently half of what it was during the height of the recession, down from 9.9 percent in 2009 to 4.6 percent in 2016.

Working families with children can now count on improvements made in the Earned Income Tax Credit (EITC) that had been temporary, but were made permanent by a bill passed and enacted last year.

A big improvement is the expansion of access to health insurance through the Affordable Care Act (ACA). Through the ACA exchanges and state expansions of Medicaid, more than 90 percent of the population now has health insurance — the highest coverage in U.S. history. More than 20 million people have coverage now who did not in 2010. This is particularly important because for many families living at or near the poverty line, healthcare costs are a major item in the household budget. Significantly reducing those costs benefits lower-income people disproportionately.

None of this is to say that these improvements have been easy to make, or that progress will continue automatically. But they show that hunger and poverty are solvable problems — even when times are tough.

Now, the pace of the reductions in poverty and hunger must be accelerated. With continued improvements in the economy, we must focus the attention of our federal policymakers, and their partners on the state and local levels, squarely on the actions needed to end hunger and extreme poverty. As anti-hunger advocates, we need to keep our eyes on the goals in the 2030 Agenda and ensure that our policy recommendations and funding requests are grounded in solid research. We must strengthen our commitment not only to ending hunger, food insecurity, and extreme poverty, but also to building the consensus that doing so is possible.

Now, the pace of the reductions in poverty and hunger must be accelerated.