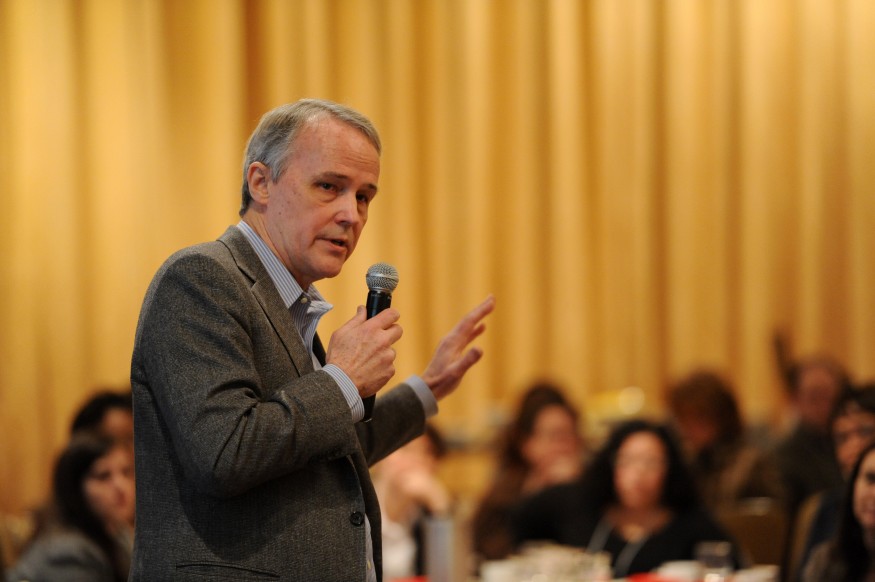 Washington, D.C., September 22, 2015 – On the eve of Pope Francis’ arrival in the United States, nearly 100 top leaders from all major faith families in the U.S. met to call for a fundamental shift in the country’s national priorities. Yesterday’s event, “Interfaith Religious Leaders Summit - End Hunger by 2030,” was part of a larger movement in the faith community to end hunger and poverty by 2030.

The faith leaders gathered to reflect on the pope’s exhortations to people around the world to pray and work for the end of hunger. They also signed a pledge committing themselves to changing U.S. national priorities, so that the next president and Congress put the government on track to end hunger in our country and around the world by 2030.

The pledge reads in part:

“A wide array of the nation’s faith leaders have come together on the eve of Pope Francis’ arrival in the United States to commit ourselves to encourage our communities to work for the end of hunger by 2030 and, toward that end, for a shift in U.S. national priorities...

“U.S. faith communities are deeply engaged with many sisters and brothers who struggle with hunger and poverty, and we have become increasingly active in urging our nation’s elected leaders to do their part – defending low-income people in the national budget debate, for example. Our experience of God’s mercy and compassion for all people moves us to engage in God’s work of overcoming hunger and human misery, and our sacred traditions include visions of the world transformed…

“This special time in our nation could open many hearts to God and to God’s loving purposes for the world. That is why the leaders of many of this nation’s diverse faith communities have gathered in the nation’s capital today. We pray that our collective witness will help to make this a turning point in the history of our nation and the world.”

Read the pledge in its entirety.

The faith leaders are now taking this message back to their communities to rally support for the change in our nation’s priorities.