Fragility and hunger in Syria and Lebanon 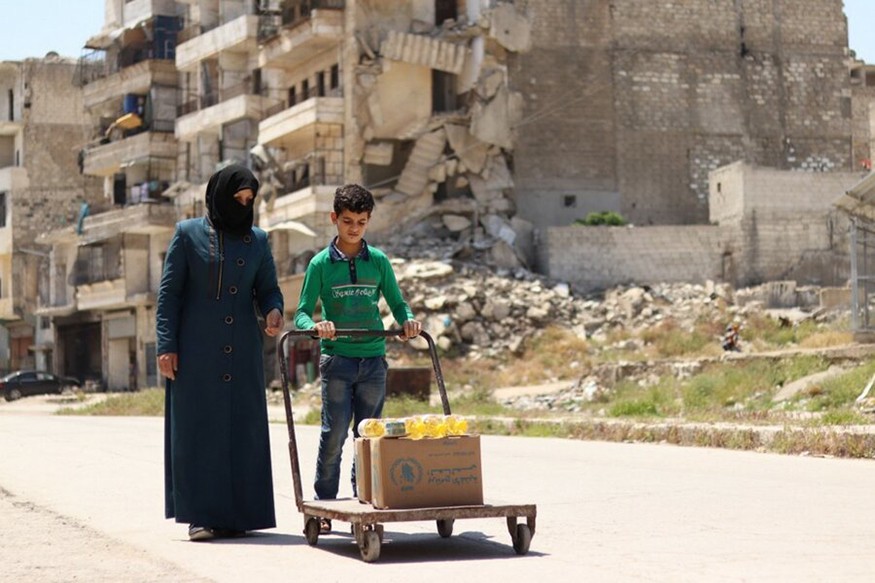 Editor’s note: This is the second in a five-part series on transforming assistance in fragile contexts to end hunger.

By Jordan Teague and Rahma Sohail

Fragility is found in almost every world region. Although the degree and kind of fragility varies by context, the underlying factors that lead to it are most often poor governance, discrimination, tension between groups (often leading to armed conflict), and the devastating effects of climate change and poor natural resource management, which can make people’s previous livelihoods impossible and even make land uninhabitable.

It can also cause conflict over scarce resources. All of these factors cause mass displacement of populations. The Levant region, which includes Syria and Lebanon, is no exception.

Syria has been rife with conflict and internal tensions throughout its post-colonial history, which began with independence from France in 1946. This has been due in large part to tensions among the country’s different social, religious, and political groups and to the autocratic rule of the al-Assad family. The current devastating war began in 2011 with protests against Bashar al-Assad's authoritarian rule, which included using the Syrian military to quash political dissent.

Once the protests became full-blown civil war, the violence proved unstoppable. Nine years later, the conflict continues, although some of the players and motives have changed. According to U.N. estimates, more than 400,000 people have been killed in Syria since the civil war began, while approximately 12 million people—nearly half the  population—have been displaced.

Ripple effects have been felt all over the world, with 5.6 million Syrians officially registered as refugees in the neighboring countries of Turkey, Lebanon, and Jordan and in Europe, and 6 million people internally displaced.

The COVID-19 pandemic only made the situation worse. Syria’s health system, once that of a middle-income society, has been devastated by the many years of war. The social and economic lockdowns necessary to control the spread of the virus, although brief in some cases, caused further damage to the fragile economy.

The market for basic foods could be described as in freefall, with prices rising by nearly 50 percent in a single month. Before the pandemic arrived in Syria, about 80 percent of the population lived below the poverty line—some 8 million people.  This generally means that they were also suffering from hunger. Since the pandemic started, an additional 1 million people have become food insecure, with the number increasing every month.

Lebanon has also suffered through decades of violence. The past 40 years have been marked by war, Syrian occupation, Israeli invasions and bombings, a revolution, and several economic and financial crises.

Other factors—including a “revolving door” of politicians in divided governments who were unable to accomplish what was needed to improve the lives of the population; poor fiscal policies; other governance failures; civil war in Syria, a crucial trading partner; and an influx of refugees flooding the labor market—also contributed to a protracted food crisis. At any point in the last 20 years, about 30 percent of the Lebanese population has been living below the poverty line with unreliable access to nutritious food. Among Syrian refugees in Lebanon, this figure rises to about 70 percent.

In the past year alone, the Lebanese currency has devalued by 80 percent against the U.S. dollar, protests against corruption in government have toppled a prime minister, a massive warehouse explosion struck Beirut’s main part and destroyed much of the surrounding areas, and the entire Lebanese cabinet and a second prime minister resigned in the wake of the explosions.

The country is also host to one of the world’s largest refugee populations. In fact, it has the highest refugee-per-capita ratio in the world, hosting an estimated 1.5 million Syrian refugees. This is nearly a quarter of Lebanon’s entire population.

One of the most recent catastrophes literally rocked the city. On August 4, 2020, two explosions at the Port of Beirut completely decimated entire neighborhoods and the country’s main port—which the country relies on to import most of its food. The explosions at the port also destroyed 85 percent of the country’s wheat stores, pushing a country where the middle class has been sliding into poverty for years even further into destitution.

Action Against Hunger, an NGO working in Lebanon, estimates that 60 percent of Lebanese people are food insecure (compared to 32 percent in 2016), as well as 78 percent of Syrian refugees.

The more common meaning of “fragile”—as in a fragile vase or figurine—seems wholly inadequate as a description of such situations. But global institutions, international donor countries, and members of civil society, such as humanitarian workers and advocacy groups, have recognized that although it is essential to think of fragility as having a different, far more tragic meaning, it is nonetheless a useful concept that encapsulates many contributing factors.

The next piece in this series will look more closely at fragility and hunger in Africa’s Sahel region, along with ways to move forward.

Jordan Teague is senior international policy advisor and Rahma Sohail was the 2020 Crook Fellow with Bread for the World Institute.

Fragility is found in almost every world region.