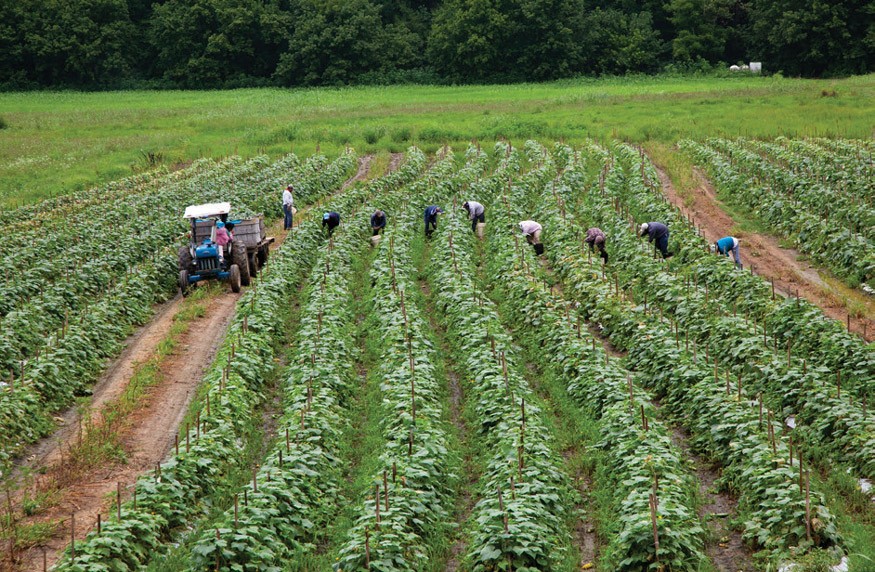 Climate change and food security have many interconnections, and each affects the other in complex ways. View full report

The world has cut hunger in half over the past 30 years—an unprecedented pace of progress toward solving an age-old human problem. Making further progress on hunger is more complicated and difficult now than it was a generation ago because climate change is quickly altering the planet we know. Ironically, how climate change affects people is a topic often missing from the climate change conversation.

Adapting to the impact of climate change on agriculture and food will be vital to humanity’s survival. Advances in agriculture and technology have enabled farmers to produce enough food to keep up with population growth, which is critical since the global population is expected to reach 10 billion by 2050. Feeding 10 billion people will require producing more food than the world produces now, when the global population is about 7.8 billion. Climate change will make this task harder, because climate change brings shifting weather patterns that make weather more unpredictable and extreme events such as hurricanes more intense.

It is clear that improving agricultural productivity is essential. But by itself, it is not enough to end hunger. Hunger in a world that produces enough food for all is a matter of equity. An essential ingredient in the successful effort to cut hunger in half was a strong political commitment to greater equity—a commitment demonstrated by giving more attention and allocating more resources to people in marginalized communities, which have the highest hunger rates.

Climate change is poised to reverse the progress made in the past 30 years. By 2030, there may be an additional 100 million people in extreme poverty as a direct result of climate change. This means that ending hunger will not be possible without significant progress on slowing climate change.

The year 2021 is a critical time to make the changes needed to significantly reduce greenhouse gas emissions, which drive climate change. Climate experts have determined that it is essential for the world to achieve net zero emissions by 2050 to prevent global warming of more than 1.5 degrees Celsius, a scenario that would carry catastrophic consequences.

There are policies that can help reduce the human costs of two major challenges we face today, climate change and COVID-19. These fall into two main areas. The first is ensuring food availability and utilization by better preparing farmers and the land to adapt to the impacts of climate change—a group of actions we can sum up as climate-smart agriculture. The second is ensuring food accessibility and stability by establishing well-functioning systems of social protection that save lives and create livelihoods, even in difficult circumstances.

"Sometimes people say climate change threatens the planet. Actually the planet itself will survive. What is at stake is humanity’s ability to live on this planet."