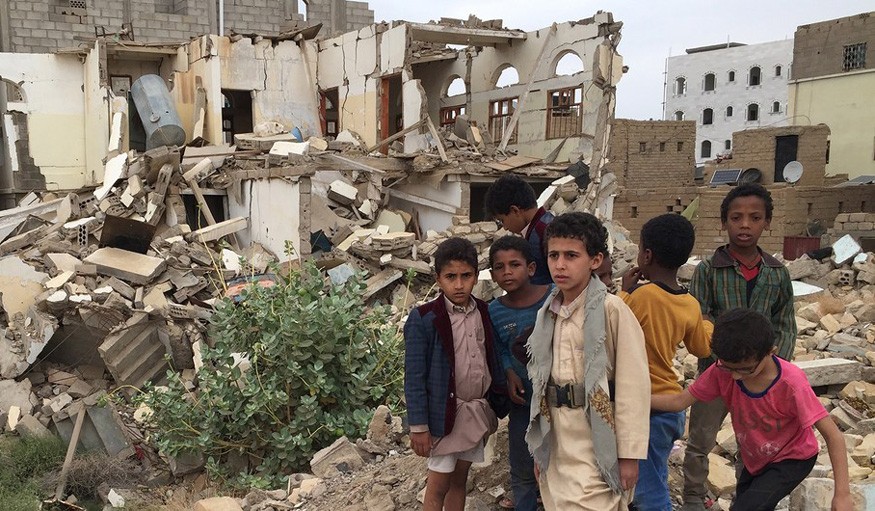 Washington, D.C. – Today, 100 faith leaders from all 50 states released a public letter calling for an end to U.S. arms sales and other military support to Saudi Arabia and the United Arab Emirates for the war in Yemen. The letter is directed to all 535 Members of Congress, who have the power to end support for an intervention that has led to a staggering humanitarian catastrophe, and to push Yemen’s warring parties to negotiate a political solution to the conflict. The faith leader letter was organized by Bread for the World.

“Our faith compels us to promote peace and seek to end strife,” said Rev. Dawn Barnes, a letter signer from Indianapolis, Indiana. “The war in Yemen is complex, but continued U.S. arms sales to Saudi Arabia will only cause more harm and suffering. Matthew 5:9 says, ‘Blessed are the peacemakers.’ I pray that Congress has the wisdom and strength to make America a peacemaker in Yemen.”

Yemenis are trying to survive the world’s worst humanitarian crisis. Twenty-four million people – 80 percent of the country’s population – need some form of humanitarian assistance and protection. By the end of the year, the UN estimates that the conflict will have directly or indirectly killed over 230,000 people. The crisis in Yemen is directly enabled by U.S. arms sales and military support for the Saudi/UAE intervention in the conflict. Saudi Arabia and the United Arab Emirates countries repeatedly have used U.S.-made bombs and missiles to target homes, farms, and medical centers.  Saudi and UAE airstrikes are responsible for two-thirds of the direct civilian casualties in the Yemen conflict, and have destroyed infrastructure vital for preventing the outbreak of famine and responding to the cholera epidemic and other diseases.

The faith leaders’ letter emphatically states, “As Americans of faith, we call upon Congress to end all U.S. arms sales and military support to Saudi Arabia and the United Arab Emirates for the war in Yemen, which has led to the deaths of hundreds of thousands of innocent civilians and put millions more at risk of famine, in what has become the world’s worst humanitarian crisis.”

“Bread for the World has taken action for Yemen because the United States is complicit in this man-made crisis,” said Matt Gross, director of organizing at Bread for the World. “We cannot stand idly by while millions continue to suffer because of the actions of our government.”

Last year, Bread for the World delivered petitions signed by more than 30,000 Christians and people of faith to the Trump administration and Congress calling on them “to use all tools available to the United States to avert further suffering and death in Yemen.”

In addition to publishing the letter, Bread for the World, Oxfam America, and Avaaz have placed its text in a Washington Post insert sent this morning specifically to all 535 Congressional offices, so that Senators and Representatives from both parties cannot ignore this call by American faith leaders to end U.S. arms sales and dramatically shift America’s role in Yemen’s ongoing war and humanitarian crisis.