Seventy-five Pan African women of faith gathered in Washington, D.C., in November to advocate for global nutrition on Capitol Hill and empower one another to “re-right” the narrative of Pan-African people around the world.

The three-day summit, themed “African at Heart,” also observed the 400th anniversary of the arrival of enslaved African peoples to Jamestown, Virginia.

“It was timely to bring Pan African Women of Faith together to advocate for global nutrition and to remember the transatlantic slave trade in 1619 during out spiritual pilgrimage,” said Rev. Dr. Angelique Walker-Smith, senior associate for Pan African and Orthodox Church Engagement at Bread for the World.

She added: “They are disproportionately affected by global nutrition concerns and related intersectional issues linked to historic root causes. They are the children or kindred of the ancestors of the transatlantic slave trade in some way.”

The gathering kicked off with a spiritual pilgrimage beginning at the National Museum of African American History and Culture, followed by a visit to the home of Fredrick Douglass, who escaped slavery in 1838 to become a national leader of the abolitionist movement. The trip closed with prayers at the foot of the Martin Luther King Jr. monument.

“The pilgrimage was an eye-opener. It was really revealing and inspiring for me,” said Princess Sekyere, who founded a nonprofit that works to empower women and girls in her home country of Ghana. “I’m so excited to be in D.C. This city is very symbolic of the American story.”

Sekyere was among the numerous women who traveled internationally to be at the summit, which welcomed attendees from Angola, Congo, Brazil, Bahamas, Nigeria, Ghana, and cities all over the United States. 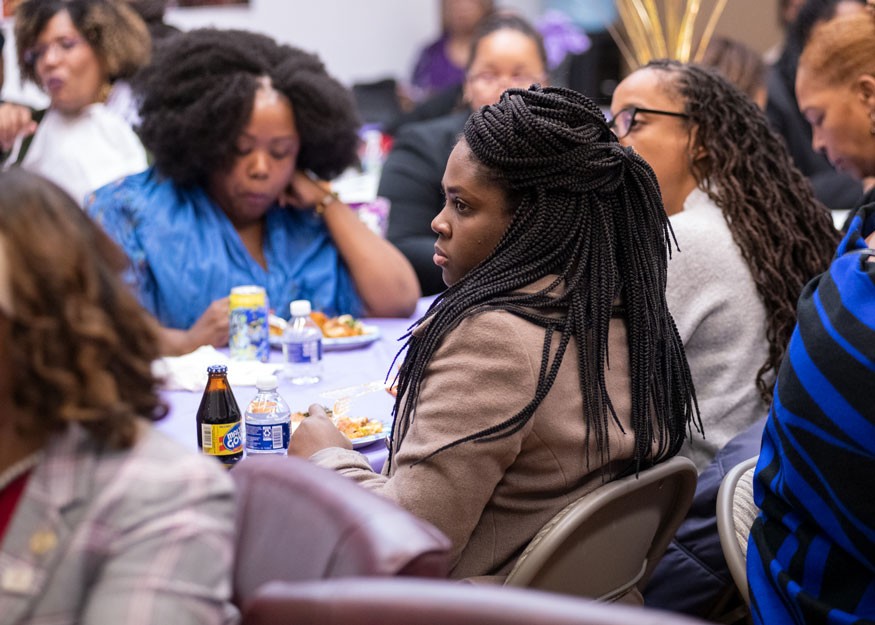 The first day of the summit concluded with dinner, prayers, and presentations at Ebenezer United Methodist Church—an historic Washington landmark that has hosted African American icons like Frederick Douglass, Sojourner Truth, and W.E.B. Du Bois. The evening included a presentation paying homage to Pan African women changemakers from around the world, as well as prayers honoring ancestors that came before.

“Africans should take pride in their heritage and take charge of their lives,” said Ann Kioi, the programmes development and fundraising officer at All Africa Conference of Churches in Kenya, speaking from the pulpit. “This is what makes me feel that I am an African at heart. I share the same destiny, and I celebrate my diversity as an African.”

Women broke into groups to visit the offices of nearly a dozen House and Senate members on the second day of the summit. They urged lawmakers to support H.Res.189 and S.Res.260, which recognize the importance of continued United States leadership to accelerate global progress against maternal and child malnutrition.

They also chose to wear black as part of a “Thursdays in Black” campaign launched by the World Council of Churches to draw attention to the problem of gender-based violence.

“This issue is so important,” said Tiauna Webb, a first-time summit attendee from Chicago. “Not only are we trying to push for equitable treatment of women around the world, but we’re also embodying it here.”

A reception that evening featured a powerful speech by Rep. Jahanna Hayes (D-CT), as well as a surprise visit from Rep. Alma Adams (D-NC).

“At the point where I couldn’t stand on my own, I relied on WIC. I relied on food stamps. I relied on lunch for my kids,” said Hayes, who, in January, became the first African American woman from Connecticut to serve in Congress. “And I know, as a Christian, that now I have a responsibility to do the same thing for somebody else.” On the last day of the summit, attendees gathered at Bread’s headquarters for a special visit with Ertharin Cousin, a former United Nations ambassador who served as executive director of the World Food Programme from 2012 to 2017.

Cousin urged the women to use their collective voices to ensure people have access to nutritious food, whether it is in Sub-Saharan Africa or South Carolina.

“Embracing your theme, African at Heart, demands a shared vision of what is possible on both sides of the pond,” she said. “There is nothing shameful, unrealistic, or naïve about wanting a better world.”

Before departing, the women broke into groups to exchange ideas and formulate plans of action going forward. A range of recommendations inclusive of a faith-based advocacy agenda related to ending hunger and poverty emerged.

“We are one, no matter our differences,” said Kari Cooke, a deaf summit attendee and longtime advocate for disability rights. “Just sharing that with black women all over the world is very powerful and reminds us that we are not alone, and we will never be alone. We will continue to do this work.” 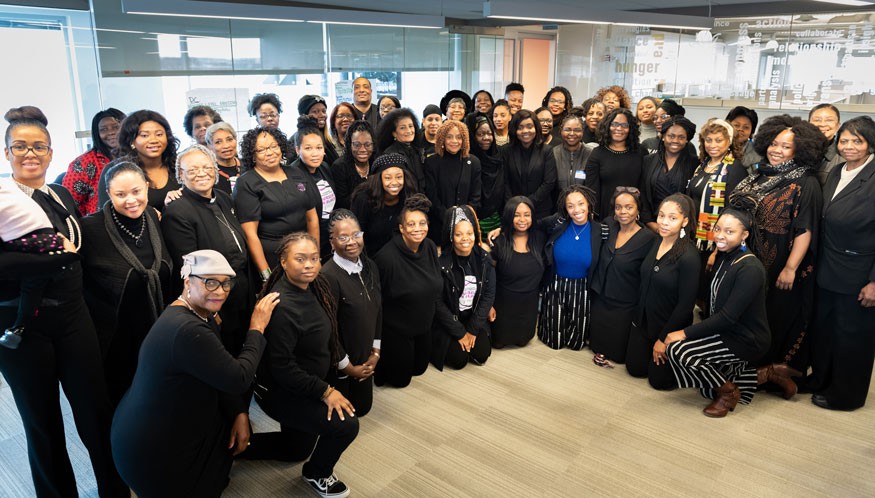 Seventy-five Pan African women of faith gathered in Washington, D.C. to advocate for global nutrition and empower one another to “re-right” the narrative of Pan-African people. The three-day summit, themed “African at Heart,” also observed the 400th anniversary of the arrival of enslaved African peoples to Jamestown, Virginia. Photo: Howard Wilson for Bread for the World.