Anybody can experience hunger at any time. But certain groups and people living under certain conditions are more at risk of hunger. Bread is concerned about hunger throughout the entire U.S. and world, and so we speak in broad, general terms in the descriptions below. However, we understand that there are exceptions to the rule and that not every person in these groups experiences hunger. 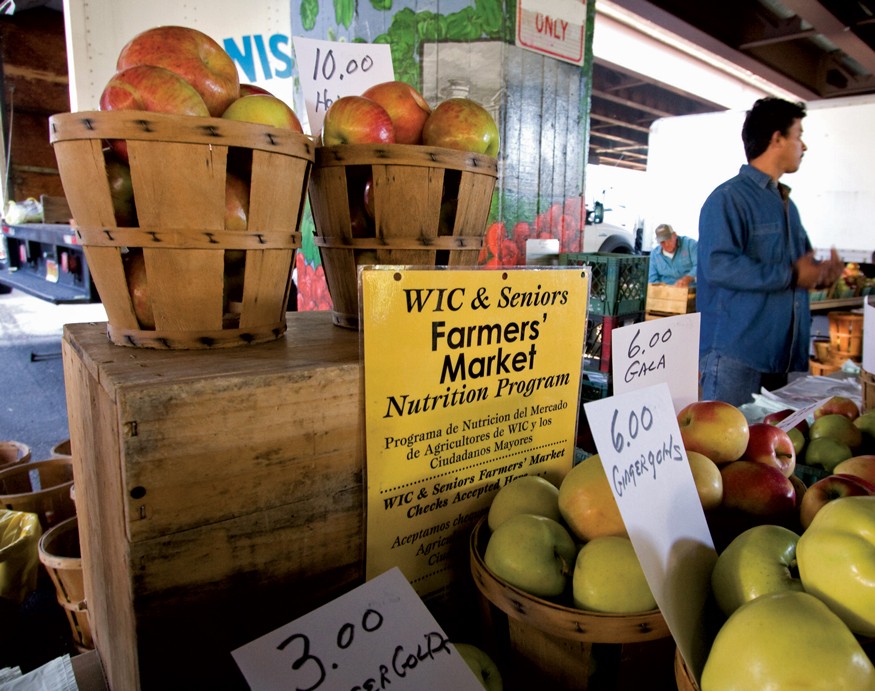 Poverty is the major cause of hunger. Bread often speaks about hunger with poverty as issues that need to be addressed together.

In the U.S., hunger is not caused by a scarcity of food, but rather the continued prevalence of poverty. To the surprise of many, most Americans (51.4 percent) will live in poverty at some point before age 65. That means any one of us — or our friends or family members — may be affected.

Although we live in the world's wealthiest nation, more than 40 million Americans, including 12 million children, live in households that struggle to put food on the table. Further, more than one in seven people in the U.S. lives below the poverty line, an income of $22,113 for a family of four in 2010.

Millions of people in developing countries produce their own food as smallholder farmers. This is a precarious existence. The challenges they face include growing enough food to feed their families, depending on the weather for a sufficient crop each year, or getting sufficient nutrition to maintain their health. These living conditions and other challenges that can come and go put many people at risk of hunger.

Children are at high risk of hunger because they are dependent on adults for their care. And their younger and growing bodies are more vulnerable to the other problems hunger causes.

Every year, 2.6 million children die as a result of hunger-related causes. In the U.S., nearly 16 million children — one in five — live in households that struggle to put food on the table. Even short-term episodes of hunger can cause lasting damage to a child’s development. Hunger puts children at risk of a range of cognitive, behavioral, emotional, and physical problems.

It is vitally important that children get a good start in life from a nutrition point of view. Bread has focused many of its efforts on the movement to provide adequate nutrition to children during the 1,000 days from a woman’s pregnancy to her child’s second birthday. This is a critical time of growth and development for children.

Studies show hunger among children can lead to:

Children who are fed and nourished adequately learn better in school. This translates into a better education. As better-educated children grow into adulthood, they are more likely to be productive and have higher-paying jobs.

Ending hunger among children has many benefits. It can break the cycle of poverty that often continues across generations. 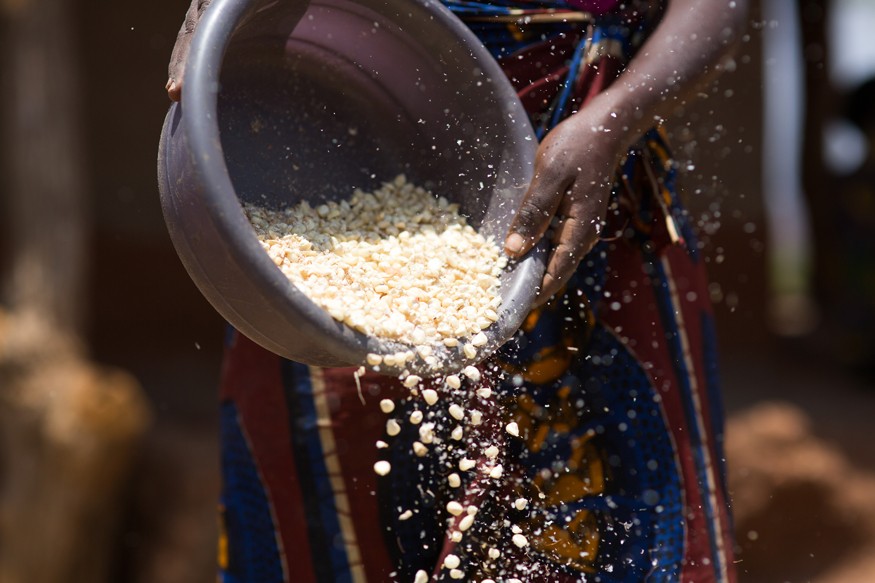 Three-fourths of all people living in extreme poverty live in rural areas of developing countries and work in agriculture. Some are small-scale farmers or landless laborers who work on farms that others own. Many live hand to mouth and can grow only what they need to feed their families, with perhaps a little extra to sell to meet their other needs.

Smallholder farmers are a unique group. The vast majority of Americans are far removed from the source of their food — the farms where food is grown mostly on a massive scale. Farmers in developing countries live on the land and know daily how closely dependent they are on it.

As a result, Bread sees the potential for a high payoff in providing smallholder farmers with resources and tools to improve the ways they grow food. Strengthening farmers and their role in providing food means families and communities can also grow stronger. The U.S. government has programs that are doing this.

Family farmers that are able to grow more food and more nutritious food have extra produce to sell to others. Ensuring farmers have access to markets and have a good product to sell is also important. This gives farmers more income, which they can use for other needs — better housing, medical care, and school fees. Despite milestones in human rights and women’s empowerment over the last half century, women around the world struggle with food insecurity.

Bread believes that gender discrimination is a cause of persistent hunger. Bread for the World Institute’s 2015 Hunger Report, When Women Flourish…We Can End Hunger, addresses this issue. The report says that empowerment of women and girls is essential in ending hunger, extreme poverty, and malnutrition around the world and in the U.S.

In many countries, women and girls are more likely to suffer from hunger and malnutrition than men and boys. Poverty and lack of education contribute to this disparity. However, giving women greater control of their income and assets would increase their bargaining power in the household and the market economy. Research has shown that this benefits their families and leads to widespread improvements in a country.

The report also shows that women’s willingness to share men’s breadwinning responsibilities has not been matched by men’s willingness to share unpaid household work or caregiving responsibilities. Though domestic work is a public good in the same way that education, clean water, clean air, and the food supply are, it is not recognized as such. Women constitute half the global population.

A cost-effective way of combating global malnutrition is to invest in improving the lives of women farmers. Women produce well over half the global food supply. Studies show that women are more likely to spend additional income on food when their economic circumstances improve. Yet 60 percent of the world’s hungry people are women and girls. Many Americans age 65 and over want to be enjoying their retirement. Instead, many struggle because of food insecurity.

Seniors make up 12.9 percent of the U.S. population. The number of those seniors living below the poverty line: 3.9 million. Is this how we want to treat our beloved parents, grandparents, and elders in what should be their golden years?

The number of seniors experiencing hunger increased by 88 percent between 2001 and 2011. If trends continue, seniors who are hungry will increase by 50 percent by 2025.

In 2040, there will be 79 million seniors in the United States — baby boomers who are retiring and aging. This generation has the potential for many among them to be hungry. In the United States and globally, residents of rural communities are more likely to be hungry and poor because they have less access to opportunities. Bread for the World Institute’s 2005 Hunger Report, Strengthening Rural Communities, shows that the rural U.S. and rural areas around the world are hit hard by hunger and political neglect.

The report shows the isolation of our nation’s rural communities:

The report also examines why there are so many rural people in the developing world who are hungry and poor.

The majority of the world's hungry people live in developing countries. And in those countries, millions of people live on small farms where they grow the food to feed themselves. These farms are in rural areas. These rural areas are often isolated because of poor roads and few transportation options.

However, because most farming in developing countries happens in rural areas, that’s where there is the most promise for ending hunger. 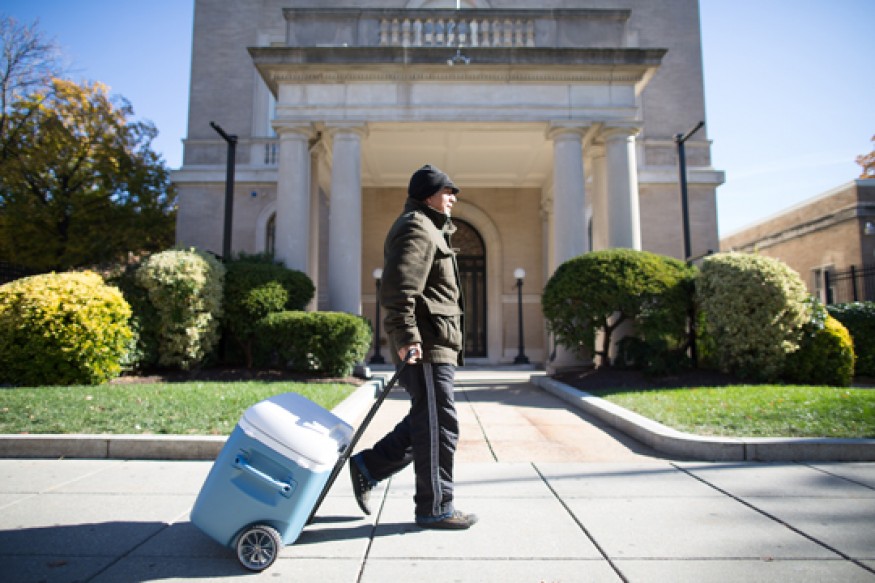 Many people who are at risk of hunger have jobs — even more than one — and work hard just to get by and put food on the table for their families. This group is often referred to as “the working poor.” Most in this group live in cities — where most of the jobs are. And many people in this group work in low-paying, service-oriented jobs, which are prevalent in urban areas.

And even though cities can efficiently provide most of what people need, sometimes they fall short in providing access to food. Cities sometimes have the challenge of food deserts — a situation in which people have to travel great distances to buy food or to find nutritious food.

A person working full-time at the minimum wage earns about $14,500 a year. The federal government’s poverty line for a family of three — one parent with two children — is $17,568. Low-income households already spend a greater share of their income on food. Food accounts for 16.4 percent of spending for households making less than $10,000 per year compared to the U.S. average of 12.7 percent.

Cities often have high costs for transportation and rent. All of these demands on a low income can squeeze low-income families and put them at risk of hunger.

"God is in the midst of the city."