Andrea James has fought for justice within the criminal justice system for more than 25 years, including many years as a criminal defense attorney. But in 2009 she was disbarred and sentenced to a 24-month federal prison sentence for wire fraud. Even after a career defending the rights of disenfranchised people, she was stunned at what she saw upon entering the federal prison system.

“During my incarceration I was deeply affected by the great number of women who are in prison,” Andrea said. “Most of these women are serving very long mandatory minimum or guideline sentences for minor participation in drug possession or sales. Most of them are mothers. Their sentences are unreasonably long, the average being 10 years. They have been in prison long after what should be considered fair sentences while their children, left behind, struggle to survive.” 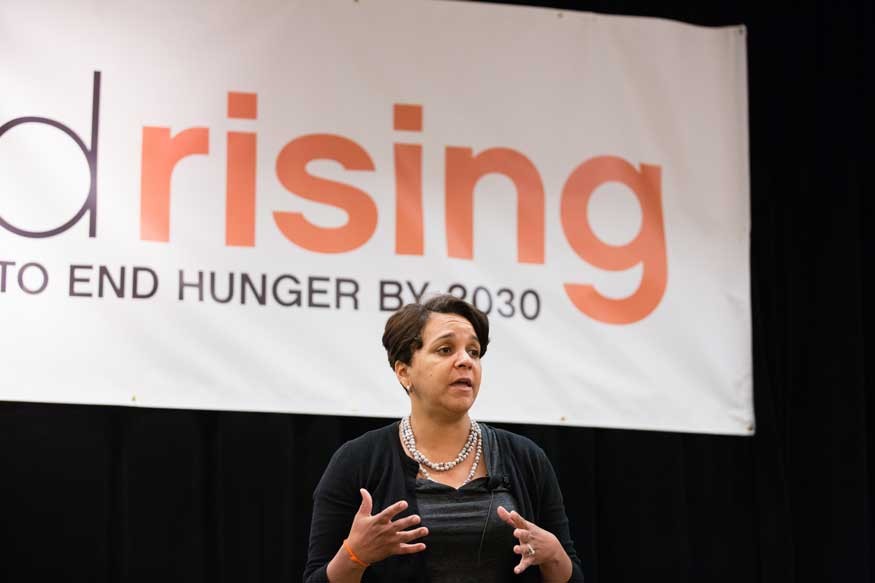 Andrea has committed herself to fulfilling the promise she made to women who remain in prison. Families for Justice as Healing (FJAH), the organization she founded in 2010 inside the federal prison for women in Danbury, Conn., brings formerly incarcerated women together to be part of a movement to create alternatives to incarceration. FJAH rejects U.S. drug policies that prioritize criminalization and incarceration, advocating for a shift toward community wellness. The organization believes that to seriously confront drug-related illness, crime, and violence, the nation’s leaders must commit to evidence-based solutions that address poverty, addiction, and trauma.

When Andrea was released in 2011, she carried FJAH back to her home community in Roxbury, Mass. Since then, FJAH has been active in building coalitions, advocating in legislatures, and raising awareness among policymakers of the need to end the War on Drugs. From national rallies to summer camps for girls, FJAH is continually expanding and evolving. On June 21, 2014, FJAH led the FREE HER rally on the National Mall in Washington, DC. People from across the country used their collective voice to raise awareness of the devastating impact that overly harsh drug sentencing policies have had on women and their children and how mass incarceration and the War on Drugs has directly impacted communities.

“I was deeply affected by the great number of women who are in prison.”