With the Iowa caucuses now behind us, there’s no doubt that we are in presidential election season.

If you care about people who are hungry, then you should also care about this election.

Just as we as people of faith can make a difference through legislative advocacy in Congress, we can also work to end hunger in the way we vet and elect our leaders, both for Congress and the presidency.

Our Christian faith compels us to elect wise leaders who uphold justice and the common good, especially for people who are poor and needy (Psalm 72:12-14). The Bible underscores the need for good governance and for leaders who govern impartially (Leviticus 19:15; James 2:2-4).

With that as our basis, Bread for the World, along with partner organizations, wants ending hunger and poverty to be a high priority for our next president and Congress. The time to make it so is during the election campaign. One of the best times to raise the issues of hunger and poverty is during election campaigns. During these periods, current and potential office holders are listening the most and are making and establishing promises, priorities, and plans.

Elections are times to re-assess how our common resources — our taxpayer dollars — are being used and what the role of our government should be. They are times to discuss and set our priorities as a nation.

The 2016 elections are critical in our work. This year, we can elect leaders who will pass laws, fund programs, and create policy to put our nation and the world on track to end hunger by 2030.

The new Congress and president we elect in November will take office in early 2017, leaving only 13 years to achieve our goal. But we can do it. How Bread is Engaging in the Election

Bread’s Vote to End Hunger campaign involves strategic work by staff and activists in key congressional districts and states like Ohio and Florida. Bread will also provide resources for others to use in their respective districts. As part of our vote to end hunger strategy, Bread also works with the Circle of Protection and the Vote to End Hunger coalition.

Read about the launch of the Vote to End Hunger campaign in Iowa in October.

Hunger is not a partisan issue. That is why Bread works with our nation’s leaders – whoever they may be – in a bipartisan manner. Bread does not endorse any candidate or political party. 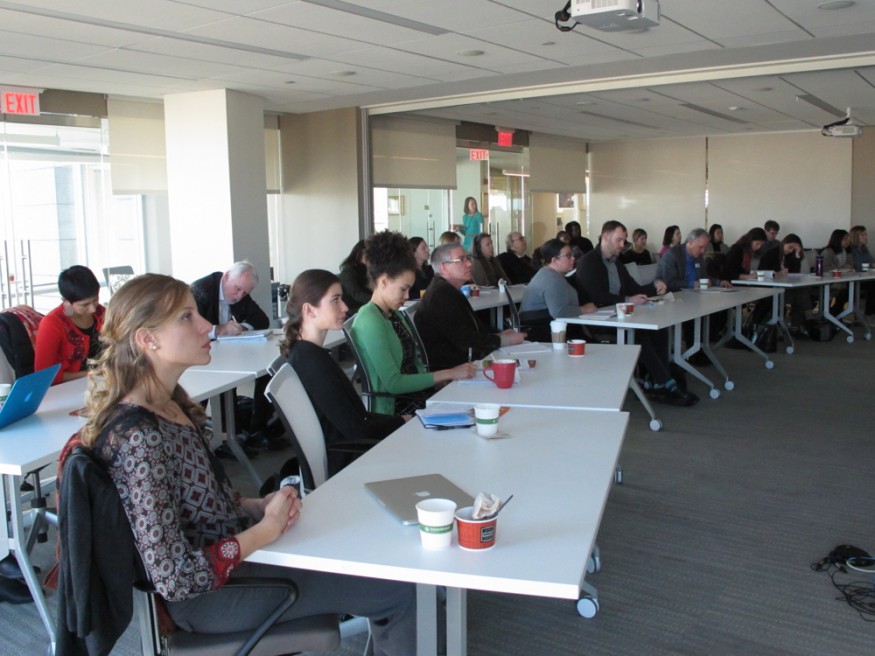 How Can You be Involved?

Check out Bread’s elections resources (in English and Spanish).

Read Elections Matter: A Handbook for Participating in Elections (also available from the Bread store). It’s a comprehensive but easy-to-read and easy-to-follow guide for individuals and churches that want to be engaged with candidates during election seasons. It’s especially helpful for churches to understand what they can and cannot do during an election in order to comply with tax laws.

Bread will be adding additional resources to the page above in the coming weeks. Many of the resources from Bread will help individuals engage with candidates and other voters in places like town hall meetings and campaign rallies. Bread wants activists to ask this question of candidates: “If elected, what will you do to end hunger, alleviate poverty, and create opportunity in the U.S. and worldwide?”

Contact your Bread regional organizer for election work or events that are happening in your district or state.

From now through the November general election, Bread’s blog, social media, and newsletters will have regular updates on what Bread is doing and how individuals and churches can be involved.

On Jan. 13, the Circle of Protection released additional videos by two Republican presidential candidates: Ohio governor John Kasich and Florida senator Marco Rubio. The videos explain how they would work to address hunger and poverty both in the U.S. and around the world if elected president.

With the addition of these two videos, the Circle of Protection has now released ten videos by presidential candidates. The other candidates include Jeb Bush, Hillary Clinton, Ben Carson, Ted Cruz, Carly Fiorina, Mike Huckabee, Martin O’Malley, and Bernie Sanders. Watch the videos.

The Circle of Protection invited all 2016 presidential candidates were invited to send a video, and additional videos will be posted as they are received. Transcripts of the videos are also available on the website.

More than 100 Christian leaders, as part of the Circle of Protection, sent each presidential candidate a letter asking him or her to produce a video stating how they proposed to provide help and opportunity to hungry and poor people in the United States and abroad.

“We are praying for a president who will make ending hunger and poverty a top priority of his or her administration. Are you that leader?” the letter asked. The letter is available at www.circleofprotection.us.

The Circle of Protection represents a diverse array of Christian denominations, churches, colleges, and agencies across the country. They will not publicly evaluate the policy positions or endorse any candidate. GOP presidential candidates gathered Jan. 9 in Columbia, S.C., for the Kemp Forum on Expanding Opportunity, hosted by the Jack Kemp Foundation. Bread was one of the forum’s sponsors.

Each candidate acknowledged poverty as a reality that too many Americans have to endure and seemed to agree with the words of Arthur Brooks, president of the Kemp Foundation, when he said, “The cost of [poverty] is not financial—the cost of this is human, and we must all be in this fight.”

State block grants and the earned-income tax credit for low-income childless workers (adults without children and non-custodial parents) were two tactics discussed among the presidential candidates as a way to lift American families out of poverty.

Preceding the forum, Eric Mitchell, Bread’s director of government relations, said he hoped “the forum would bring forth hunger as an important issue to raise during the elections…[since] hunger is something that impacts our neighbors, classmates, people in our churches and our coworkers.” Mitchell made the remarks in an interview on a Columbia TV news program.

The candidates also discussed state block grants at the forum. Some candidates are proposing block grants as a resolution to poverty because states could administer programs at lower rates and then utilize unspent funds for other state programs.

As Rev. David Beckmann, Bread’s president, explained before the forum, however, “When the needs increase – as occurred in dramatic fashion during the Great Recession – a block grant is likely to run out before everyone in need is served. The structure of block grants also makes assistance more vulnerable to funding cuts and to having its funding diverted to other purposes.”

Reporting by Marlysa Thomas, Bread for the World Institute, was part of this article. In advance of the caucuses earlier this week in Iowa, the state that kicks off the presidential primary election season, Bread was heavily involved in rallying the state’s voters and raising hunger as an election issue among the presidential contenders.

On Nov. 8 last year, Bread for the World, the four dioceses of the Iowa Catholic Conference, and Methodist, Lutheran, and Episcopal churches sponsored a Vote to End Hunger rally at Grand View University. The Des Moines university is affiliated with the Evangelical Lutheran Church in America.

The rally was a local follow-up event to the more nationally focused launch of the Vote to Hunger campaign at the Iowa Hunger Summit the month before.

A state representative and a state senator spoke to the rally about their experience working to end hunger locally.

Bishop Richard Pates of the Roman Catholic Diocese of Des Moines and a member of Bread’s board of directors also spoke at the rally. Pates has been instrumental in leading a group in his diocese that is passionate about ending hunger. He has been outspoken in his state and nationally about the issue and is a helpful action-oriented leader in the state on behalf of Bread as well.

“The responsibility of voters is to communicate to those to be elected our priorities, our values that will enable those elected to fulfill the leadership of which Pope Francis spoke in his September 29, 2015, speech to Congress: ‘A good political leader is one who, with the interests of all in mind, seizes the moment in a spirt of openness and pragmatism. A good political leader always opts to initiate processes rather than possessing spaces,'” Pates said at the October Vote to End Hunger launch.

To continue the momentum from the November rally toward the caucuses, Bread regional organizers launched a house meeting campaign. They conducted about 25 house meetings, reaching about 125 people.