Collective Voice: The example of Frances Perkins is more important than ever 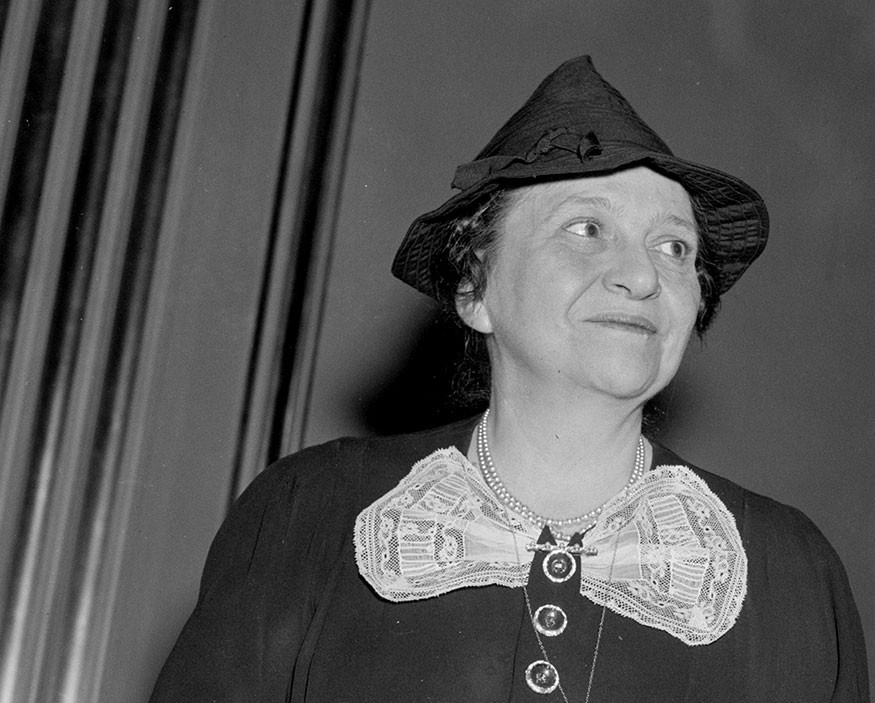 Editor's note: This article is part of the March 2020 issue of Institute Insights.

It’s a maxim of political leaders of every stripe that the best anti-poverty program—and by extension, the best anti-hunger program—is employment. At Bread for the World Institute, we’d generally agree with that statement with the very important caveat that it must be good employment, not just any employment or job. As experience shows and research corroborates, not all jobs in the United States lift households out of poverty or make them food secure.

Workplace policies are constantly evolving. Many of the norms we may take for granted—such as minimum wages and child labor laws—didn’t come easily. Frances Perkins, Secretary of Labor from 1932 to 1944 under President Franklin Delano Roosevelt, was a courageous and influential reformer in government. She was not only the first female labor secretary, but the first female cabinet member.

Perkins was a committed social justice activist who pressed Roosevelt to make the New Deal a better deal for more American workers. New Deal labor reforms weren’t perfect; the biggest failing was that people of color were largely excluded, pawns in a cynical maneuver designed to secure congressional support for the president’s progressive legislative proposals.

Despite the slow progress on civil rights during Roosevelt’s tenure in the White House, Perkins earned praise from the Urban League for her efforts to ensure that black men were accepted as participants in the Civilian Conservation Corps (CCC). During the Great Depression, the CCC provided jobs to unemployed, unmarried men on environmental projects that ranged from planting and maintaining trails to fighting fires. As the African American newspaper The Chicago Defender notified its readers, “You ought to be thankful to President Delano Roosevelt for appointing Mrs. Frances Perkins as his Secretary of Labor … She is for you, she stands on your issues, and by the same token you ought to be for her.”

As a woman, Perkins was an easy target for her political enemies, who assaulted everything from her loyalties to her intelligence. She was labeled a Communist sympathizer and portrayed as a “soft-minded” woman. In 1939, members of Congress tried unsuccessfully to impeach her because, five years earlier, she had refused to deport an Australian longshoreman for leading a successful labor strike in San Francisco. Roosevelt knew when he hired her that she had some “baggage”—a husband who suffered repeated mental breakdowns, very likely due to what we know today as bipolar disorder.

Perkins had served under Roosevelt while he was governor of New York, as chairwoman of the state’s Industrial Commission, so he knew of her toughness when he offered her the position of Labor Secretary. Tenacity was essential. In the 1930s, women had only had the right to vote for a handful of years, and Perkins was about to become the point person for the most profound changes in worker rights in U.S. history.

She told Roosevelt point blank that she expected him to commit to the most progressive labor agenda the country had ever seen. Just as a start, her priorities included unemployment insurance, a minimum wage, a 40-hour work week, old-age insurance, and the abolition of child labor.

Neither her warnings nor her demands caused Roosevelt to reconsider his offer for her to lead the Department of Labor. Whether he thought he knew Perkins or not, he may not have realized she had been studying him for some time. From the beginning of her career in government, she kept a file she called “Notes on the Male Mind,” which she used to strategize and prepare for political battles she had every intention of winning. Perhaps as part of her strategy, Perkins was also known for her reserved manner in public. She was reticent in the company of the competitive men in Washington, not putting herself forward.

Her biographers all point to the 1911 Triangle Shirtwaist Factory fire in Greenwich Village, NY, the most notorious industrial fire in U.S. history, as a defining experience in her life. Dozens of factory workers, mostly women and girls, perished in the fire or jumped to their death from the top floors of the building. At the time, Perkins was 10 years out of college and working in New York City for a charitable organization, lobbying to end child labor. She witnessed the tragedy from the street, surrounded by throngs of similarly horrified people. She was aware of the appalling conditions in many of the city factories. The direct cause of many of the Triangle fire deaths was that the doors had been locked to prevent workers from leaving the building without being searched as suspected thieves.

Following the fire, Perkins resolved to enter government, convinced that reform had to be driven by leadership within the public sector. She rose quickly to senior status as progressive politicians recognized her passion and commitment.

Perkins’ most enduring accomplishments are enshrined in the Fair Labor Standards Act, the legislation that provided most of the labor improvements she had told Roosevelt were priorities.

I hesitate to think about what Frances Perkins, who died in 1965, would say about the state of the U.S. labor market today. She championed the cause of organized labor, and New Deal reforms led to a surge in union membership. But legislation enacted in the intervening decades has decimated the union movement. The FLSA is still in effect, but it was never intended to be more than the first step of a work in a work in progress. Workers cannot take progress for granted, but Frances Perkins is one of many outstanding examples of greater collective voice for women—as an essential element of gender equity and as a benefit to the entire society.