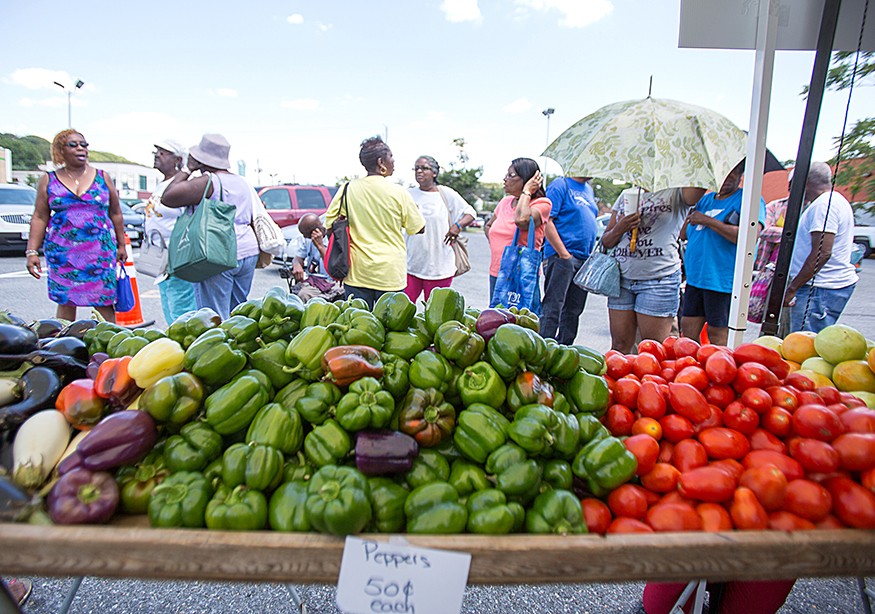 Editor's note: This article is part of the April 2020 issue of Institute Insights.

One key reason is that African Americans are more likely to have underlying health conditions, which are associated with higher COVID-19 mortality rates. Bread for the World Institute frequently emphasizes that nutrition and health are closely linked. Ensuring that African Americans and other people of color have equitable access to nutritious foods must be a top priority. The evidence indicates that it is a matter of life and death. See Race, Hunger, and COVID-19 for more on the pandemic’s impacts on African Americans.

Foods that are organically grown are considered particularly healthy for people and the environment, but many people of color lack access to them. Meeting the global goal of ending hunger by 2030—while responding to climate change and the COVID-19 pandemic—calls for applying a racial equity lens to organic foods as well as to other nutritious foods. This must encompass the complete supply chain, including marketing, pricing, and distribution. The goal of reexamining access to organic foods is to help ensure that people of color living with food insecurity can benefit from foods that are affordable, available near their homes, and culturally appropriate.

Organic foods are also healthier for the planet—critically important given the urgency of responding to climate change—because by definition, they are grown without synthetic fertilizers. Less use of harmful products enhances biodiversity and soil fertility. Synthetic fertilizers can threaten biodiversity—for example, the runoff may contaminate a nearby pond, harming the animals and plants living there.

Consuming foods that are grown in a sustainable way also improves the health and well-being of individuals. One reason for this is that the nutrient content is richer as a result of not using synthetic chemicals, which harm the soil.

Despite its benefits for the Earth and human health of people, organic foods are often not distributed in places where people of color experiencing food insecurity tend to shop. Farmers markets and boutique organic grocery stores are often in predominately white neighborhoods that are in more convenient locations, with residents who have higher incomes.

The United States has a high level of food insecurity overall; many people must make difficult choices as to whether to purchase enough food (quantity) or to purchase less food that has greater nutritional value (quality). But because of the racial wealth divide, people of color confront these dilemmas more often than white people.

This is concerning for many reasons. One is that people of color already suffer health disparities compared to whites—and these medical conditions are often sustained or worsened by a diet that lacks sufficient nutrients and is high in sugar and sodium. For example, obesity is higher among African American and Latino adults than among whites. In 2015-2016, the obesity rates were 47 percent and 37 percent, respectively.

Health disparities based on race persist partly because people who live in areas of concentrated poverty have limited access to grocery stores that stock fresh fruits and vegetables. Researchers have found, for example, that African American neighborhoods have a high concentration of fast food chains, but a low concentration of supermarkets. The over-marketing of fast food is another component of the problem. In some neighborhoods, it seems as though billboards advertising one or another popular fast food chain appear block after block after block. Low-income people of color are far more likely than low-income whites to live in areas of concentrated poverty. The neighborhood’s only places to buy food to prepare at home may be corner stores that carry predominantly highly processed foods with unhealthy amounts of sodium and/or sugar.

The flip side of this problem is that the prices of organic foods are often prohibitive for people in lower-income neighborhoods, and organic foods are under-marketed in these communities or not marketed at all. Some potential customers may not be aware of the range of foods available, including varieties that are more likely to be affordably priced. A better balance between exposure to fast food and organic food could boost nutrition in the neighborhood. This is especially important for children of color, who are disproportionately targeted by ads for unhealthy foods.

Change could yield many benefits, including starting to close chronic racial health divides that are related to access to healthy foods. It will require partnerships among a variety of people, such as neighborhood residents, shop owners, organic farmers, local government, schools, and so on. Starting in a sustainable way, such as by offering opportunities for conversations among the various stakeholders, will be important to obtaining “buy in” and achieving results.

Ending hunger by 2030 is not only about making sure that people have food, but about ensuring that nutritious foods are equitable in price and location. This can only be achieved through sustainable and equitable practices in the way organic food and other healthy food is priced, marketed, and distributed. Strengthening the health and nutritional status of African American communities is not only a significant step toward ending hunger, but will also save lives during crises such as the current COVID-19 pandemic.

Christian Martinez is a racial equity and hunger intern with Bread for the World Institute.

Consuming foods that are grown in a sustainable way also improves the health and well-being of individuals.