Food Insecurity in Puerto Rico: The aftermath of the hurricanes 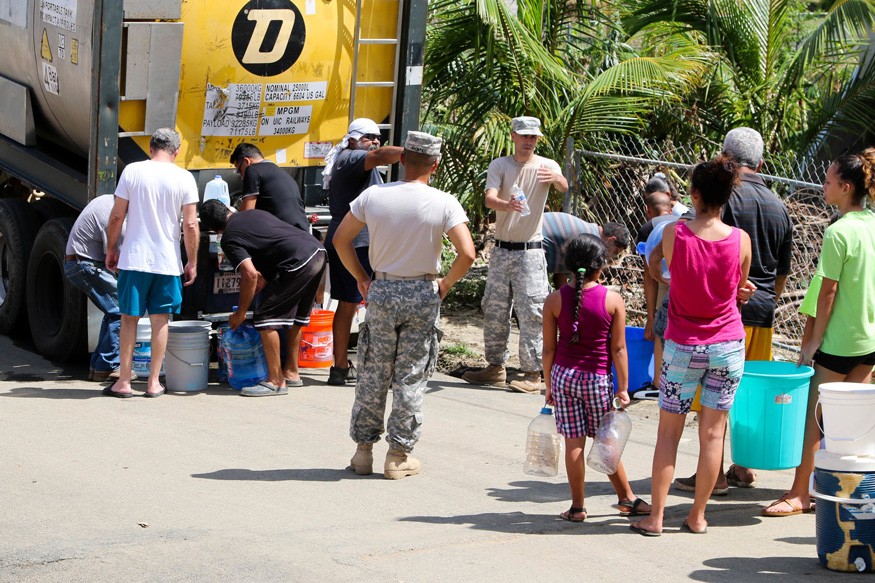 Perhaps the most lasting damage was in Puerto Rico, where 3.4 million U.S. citizens face a humanitarian crisis.

Hunger in Puerto Rico before Hurricanes Irma and Maria struck was approaching 50 percent— nearly four times as high as hunger on the U.S. mainland. Food insecurity among children was also far higher than in the 50 states. As of mid-October, with continuing shortages of clean water, food, power, and electricity in the aftermath of the hurricanes, Bread for the World Institute believes that about 80 percent of the population, regardless of income, suffers from food insecurity.

Climate change makes communities vulnerable to food insecurity. Four out of five people who are hungry live in areas susceptible to natural disaster. Natural disasters force many people to leave their homes and livelihoods for uncertain prospects elsewhere.

Places such as Puerto Rico that already had high hunger rates are more vulnerable to deeper levels of hunger when a disaster strikes. This is largely because of both a lack of funds and a lack of adequate infrastructure to respond effectively to a large-scale natural disaster. Combined with the economic struggles Puerto Ricans have faced in recent years, including a major debt crisis, these conditions create a perfect storm. It will be difficult for Puerto Ricans to overcome these barriers to the extent necessary to move forward from here.

What now? How should the U.S. government respond to widespread hunger and food insecurity in Puerto Rico?

Aid delivery has been slow so far. One reason is that, because of the Jones Act, supplies imported by sea must originate from or be shipped through the continental United States. This lengthens the time it takes for supplies to arrive and increases prices. But in an emergency such as this, there is simply not enough time or money to comply with such restrictions. More flexibility is essential in order to spare people from hunger and other needless suffering.

The photos and videos of Puerto Rico are devastating. Many of the 3.4 million residents are struggling to access basic necessities. As of mid-October, at least 48 people have died as a result of the hurricanes. While it will take years to recover fully from the damage, sufficient emergency relief will at least help avert a humanitarian crisis among our fellow Americans. Food, clean water, medications and health care, shelter, and electricity are top priorities.

Currently the administration is proposing $29 billion in aid, but it is unclear how much of this amount would be designated specifically for Puerto Rico. Also, it appears that the funds could be used only for relief operations by the Federal Emergency Management Agency (FEMA) and for flood insurance. It would be useful to allocate some funding to additional federal agencies who could assist the recovery effort. These could potentially include the Department of Agriculture (USDA), the Department of Health and Human Services (HHS), and the Small Business Administration (SBA).

The bottom line is that Americans are going hungry, and the federal government should ensure that the assistance they need reaches them as quickly as possible.

Marlysa D. Gamblin is domestic advisor for policy and programs, specific populations, with Bread for the World Institute.