To improve nutrition, we must tackle climate change 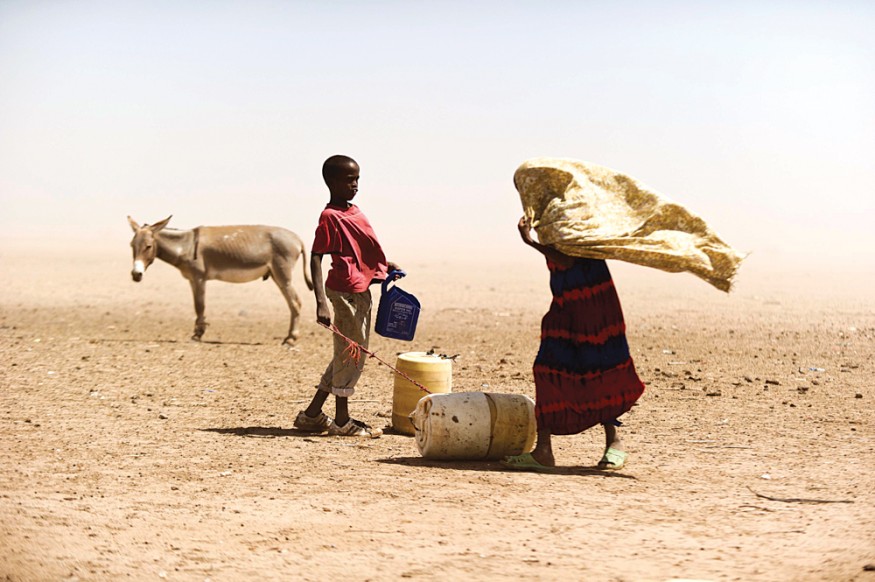 We will not end hunger by 2030 without also taking action on climate change, according to Bread for the World Institute’s 2016 Hunger Report, The Nourishing Effect: Ending Hunger, Improving Health, Reducing Inequality.

Climate change is connected to hunger in many ways. For example, when agricultural areas dependent on rain for their crops receive less rainfall, they cannot produce as much food as before. Shortages in food supply cause food prices to rise, leading to widespread food insecurity. In fact, climate change, experienced as rising temperatures and more frequent extreme weather events, impacts all three major components of food security: stable and reliable food supplies, affordable prices for food available locally, and people with good enough health to effectively absorb the nutrients in food.

Climate change also affects global health. The Lancet, a widely respected British medical journal, has named climate change both this century’s greatest health threat and its greatest opportunity. In April 2016, the U.S. Global Change Research Program released a new report, “The Impacts of Climate Change on Human Health in the United States: A Scientific Assessment.” The report details a myriad of potential and already existing impacts of climate change on human health. They fall into categories such as temperature, air quality, extreme weather events, diseases carried by insects, water-related illnesses, food safety and distribution, nutrition, and mental health and well-being.

While any or all of these can affect poverty and hunger, the report’s findings on food safety, nutrition, and food distribution are most striking. Changes in weather patterns and increases in temperature and precipitation can drive seasonal and geographic changes in disease-causing pathogens that can impact harvests and contaminate crops and the food supply. These changes in pathogens may force an increased use of pesticides – and thus more pesticide residue on foods.

Extreme events, which are becoming more frequent with climate change, can disrupt access to and jeopardize the safety of food and food distribution channels. As we’ve seen, extreme events can damage the infrastructure necessary to transport foods, such as roads and trucks.

Rising levels of carbon dioxide in the soil have been shown to reduce the nutritional value of plants, including cereals and staple crops. More specifically, higher carbon dioxide levels are likely to lower the concentrations of protein and essential micronutrients such as iron, zinc, and calcium in crops, while raising carbohydrate levels. Not only does this affect efforts to reduce chronic undernutrition in mothers and children around the world, but it also has implications for chronic diseases and overweight and obesity – which affect populations of every income level in every country. Not surprisingly, decreases in the nutritional levels of the global food supply affect all people.

Tackling climate change will require both taking action at the global level and responding to the impacts of climate change on the people and communities currently suffering the most. (These responses are sometimes called “mitigation”).  The United States is working on both. In Paris in December 2015, our country and more than 190 others adopted an ambitious climate change agreement that aims to put the world on a path to slow climate change and help the most vulnerable countries adapt.

The U.S. Agency for International Development (USAID) focuses on integrating climate considerations into all its areas of work through its Climate Change and Development Strategy. USAID’s Global Climate Change Initiative invests in efforts to help countries adapt, giving them the tools to increase their resilience and ability to withstand the consequences of climate change.

It is clear that the changing climate is affecting hunger and health both in the United States and around the world. The new report from the U.S. Global Change Research Program adds to the urgency with which we must approach and respond to climate change – starting with ensuring that the United States follows through on its commitments in the Paris agreement.

Jordan Teague is international policy analyst for food security and nutrition at Bread for the World Institute.

We will not end hunger by 2030 without also taking action on climate change.