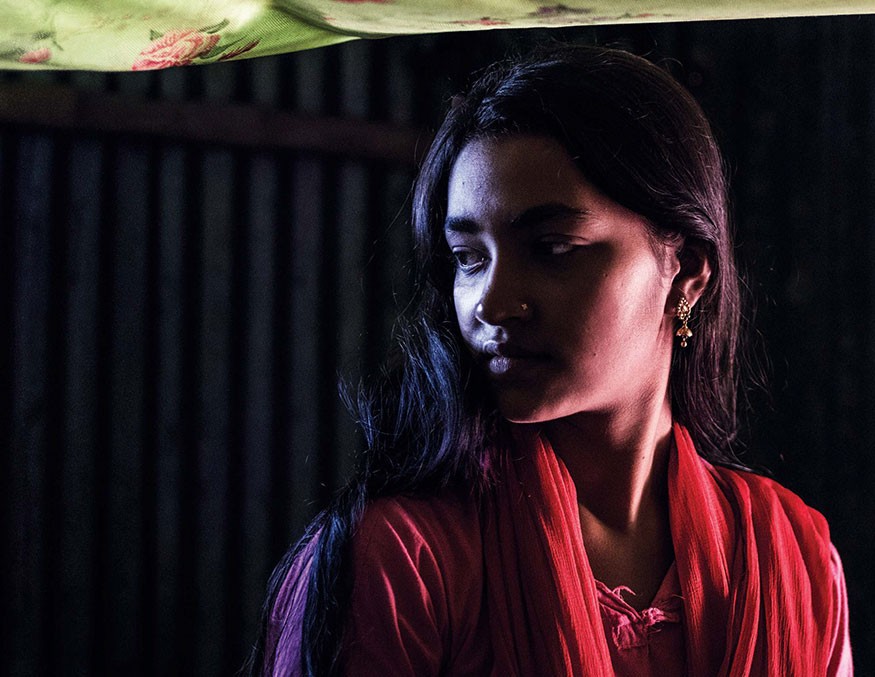 Bargaining power is a broad term for a broad but straightforward idea: gender equity calls for both women and men to have some degree of power and decision-making authority in issues that affect their own lives and the well-being of their families.

While it is true that legal rights and protections are of very limited use if few people are aware of them and there is little or no enforcement, legal requirements are often a prerequisite for lasting improvements in practice. It took women in the United States decades of steadfast action to win the right to vote. Only men were voting on whether to “give” women this fundamental democratic liberty, and they did not fail to realize that women’s suffrage could, sooner or later, pose a genuine threat to their own power and privilege.

A century later, women have at last achieved full suffrage rights in nearly every country and limited voting rights in the few “holdout” countries. Suffrage is absolutely essential to strengthening women’s bargaining power in the family and society.

Laws that are on the books but not upheld are nonetheless potential unrealized sources of bargaining power. Case in point: child marriage, classed as a human rights abuse because of its severe, long-lasting effects on children’s health, education, earning power, autonomy, and ability to advocate on behalf of themselves and their children. The high rate of child marriage remains a major barrier to gender equity, building a stronger economy through a more educated workforce, reducing maternal mortality, and other goals.

In most countries, under most circumstances, children under the age of 18 are not allowed to marry. Yet according to UNICEF’s June 2019 report, an estimated 12 million girls younger than 18 are married every year. In the developing world, one in nine girls is a wife the day she turns 15.

A complex combination of factors lies behind most child marriages. They may include extreme poverty that drives some parents to reduce the number of dependents at home; a desire to cement connections between extended families, connections viewed as more important than individual girls; long-held beliefs that women are weaker, less intelligent, or have very narrow roles; and/or lack of understanding of the extent of the damage caused by child marriage.

There have been successes, however. Legal suits to establish, reaffirm, or enforce the rights of girls and young women continue to be filed in every world region. In October 2019, the High Court of Appeals in Tanzania upheld a landmark 2016 ruling that establishing a lower minimum age of marriage for girls than for boys is unconstitutional. The minimum age of marriage had been 14 for girls and 18 for boys. The court rejected the appeal by the government of Tanzania, which argued that the disparity in minimum ages is a compromise “to accommodate customary, traditional, and religious values on marriage.” Also in 2019, the Court of Justice established by a regional body, the Economic Community of West African States (ECOWAS), ruled that the government of Sierra Leone could not discriminate against girls who were pregnant by barring them from school. Both cases received support from the human rights organization Equality Now.

Little by little, these efforts are succeeding. UNICEF reported in 2018 that over the preceding decade, 25 million child marriages that would otherwise have taken place had been prevented. South Asia, particularly India, is leading the way, with a girl’s risk of marriage before age 18 dropping from nearly 50 percent to 30 percent. Ethiopia, which once had one of the highest child marriage rates in Africa, reduced its rate by a third over 10 years.

Over the years, Bread for the World Institute has frequently written about the connections between child marriage and hunger. All of our comments have been focused on developing countries. Ironically, it turns out that the United States has its own child marriage problem. It’s a problem that’s difficult to quantify. A number of states do not even collect data on the number of minors who marry, but a study based on available state data, not all recent and not including several states, found that between 2000 and 2010, well over 200,000 children were married in the United States. A few were as young as 11.

As in many developing countries, the problem in the United States appears to stem from a lack of effective legislation. Only two states, Delaware and New Jersey, currently prohibit child marriage. Several states have no minimum age of marriage at all, while the rest provide for “exceptions.” Often, these allow 16- and 17-year-olds to marry with the consent of their parents, while even younger children may marry with the approval of a judge.

While most parents, here in the United States as in other parts of the world, have the best interests of their children at heart, the law does not require any effort to determine a parent’s motives for approving a marriage, nor is anyone required to ask the child whether she or he wants to be married. Forcing someone into marriage is not technically a crime in the United States. Shamefully, marriage laws in some states provide a loophole for men who could otherwise be charged with statutory rape, by exempting men who are married to the children in question.

A number of American women who were married as children have become strong advocates for legal reform. The group Unchained at Last was founded by a survivor of child marriage.  Members lobby at the state and federal levels, raise public awareness, organize demonstrations, and assist children trapped in marriages. Efforts to help individuals, however, are complicated by the very fact that they are legal minors. Generally, minors cannot leave home without permission without being reported and, if found, returned home as runaways. They cannot enter into legal contracts, including those that authorize an attorney to represent them in a divorce. Domestic violence shelters are not allowed to accept them, and activists may be breaking the law if they “enable a runaway.”

Unchained at Last and its allies have made progress in changing laws. The two states that prohibit child marriage enacted their laws recently (Delaware in May 2018 and New Jersey in June 2018), hopefully generating momentum to fuel faster progress. Other states have introduced bills that failed to pass or have proposed bills that do not go far enough—but as Bread for the World activists know, when it comes to getting legislation enacted, persistence very often pays off.