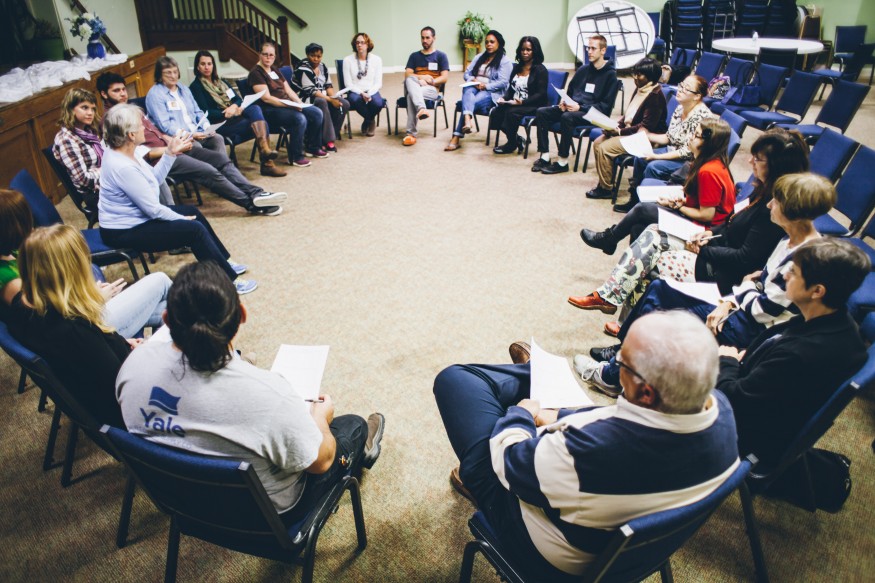 To explain why block granting Medicaid is the antithesis of honoring American values, let’s look briefly at how we adopted these values.

In the 400 years since Europeans first settled in North America, Americans have come to a broad consensus on the kind of country we want to be: a country where hunger, malnutrition, and extreme poverty are problems of the past, and a country where everyone has opportunities, whether rich, poor, or middle class; African American, white, Latino, Native American, or Asian; men or women.

Leaders and reformers from all walks of life have led and continue to lead efforts to shape our society and government to better reflect our ideals.

Caring for each other has been a bedrock of our country from the beginning. In 1630, John Winthrop told his group of English Puritans in the Massachusetts Bay Colony, "We must bear one another's burdens.”

The Declaration of Independence has more to say about equality in a passage familiar to most of us: “We hold these truths to be self-evident, that all men are created equal, that they are endowed by their creator with certain inalienable rights; that among these are life, liberty, and the pursuit of happiness.”

Of course, a more modern interpretation includes women, African Americans, and others who were not included in the original “all men are created equal.” Opportunity for all is also part of our modern understanding of American values: the zip code where people were born and raised should not dictate the rest of their lives. Benjamin Franklin gets some of the credit for moving us toward this understanding. For example, his concern for people who were less educated and therefore had less opportunity led him to found the country’s first subscription library.

This is March, so we are celebrating Women’s History Month. But the story of American values during the other 11 months (the ones emphasizing men’s history) includes many mentions of women who led the way to improving the lives of others. Harriet Tubman, who escaped from 30 years of slavery in 1849, continued to jeopardize her freedom while saving more than 300 others. Clara Barton, after working as a nurse in the dreadful conditions of makeshift battlefield hospitals in the Civil War, founded the American Red Cross. In the late 19th century, seeing the grim conditions in the tenements where urban poor people lived, Jane Addams started the settlement house movement by founding Hull House in Chicago. Many other women were leaders in “benevolent societies” dedicated to solving social problems.

Medicaid is another important example of these American values in practice. However, this core support program is now under attack from the administration and the majority party in Congress, whose proposals to make Medicaid a “block grant” would leave millions of people entirely without health insurance. Block granting would also crack the program’s fundamental structure in ways that will ultimately cause it to shatter. It is hard to imagine such a proposal meeting with approval from our country’s founders, later leaders of social change, or most Americans today.

Medicaid provides essential healthcare coverage for low-income pregnant women, children, and families. Roughly 33 million children — more than a third of all the children in the country — are covered by Medicaid. Medicaid also covers nearly half of all births in the United States. The program is particularly important for children of color. Because they are more likely than white children to come from low-income families, Medicaid helps reduce racial and ethnic disparities in children’s health insurance coverage.

Medicaid also serves a large share of children with special needs, from families of all incomes. In addition, the program covers the nursing home expenses of many frail elderly people. Nursing home care costs so much that a person’s own savings can be depleted in a matter of weeks or months, after which Medicaid will pay for their care.

Proposals to eliminate the current structure of Medicaid and replace it with a block grant or a program using per capita caps would end the current guarantee of healthcare coverage for everyone who is eligible. A block grant would instead give each state a fixed amount of Medicaid funding. When those funds have been spent, people who are both in need and eligible for Medicaid — mothers, children, elders, and people with special needs alike — would have to be turned away.

According to a recent analysis by the Urban Institute, an estimated 14 million to 21 million women and children would ultimately lose their Medicaid coverage as a result of state restrictions on funding. That is in addition to the 11 million people who will lose Medicaid coverage if congressional proposals to repeal the Medicaid expansion under the Affordable Care Act (ACA) are approved.

Why do some elected officials want to block grant Medicaid? The reason is simple: proponents want to significantly reduce federal spending. They would accomplish that by shifting substantial costs to the states. But states, lacking the funds to make up for the cuts in federal funding, would have little choice but to restrict eligibility, reduce benefits, and make it more difficult for people to enroll.

In addition, proponents will often claim that a block grant would give states more flexibility. After all, everyone is in favor of flexibility, right? But proponents don’t say why states need more flexibility, and states already have the ability to tailor Medicaid services and models of care to meet local needs, streamline delivery, and improve health. How would “greater flexibility” benefit Medicaid patients?

The ill-conceived proposal to block grant Medicaid runs counter to many decades of collective effort to build the country that our people envision. It would force millions of our fellow Americans onto shaky ground. They would be forced to spend their time and money in an unending, often fruitless, pursuit of health care that they can afford. They would be forced to make impossible “choices” among seeing a doctor, filling a prescription, buying food, or paying their rent. They would be robbed of opportunities not only to pursue their potential and contribute to their communities, but also to use their talents to improve life for all of us. The prospects of reaffirming our American values and achieving the global 2030 Agenda goals of ending hunger, malnutrition, and extreme poverty would be far dimmer.

Caring for each other has been a bedrock of our country from the beginning.