Twice as likely to be hungry 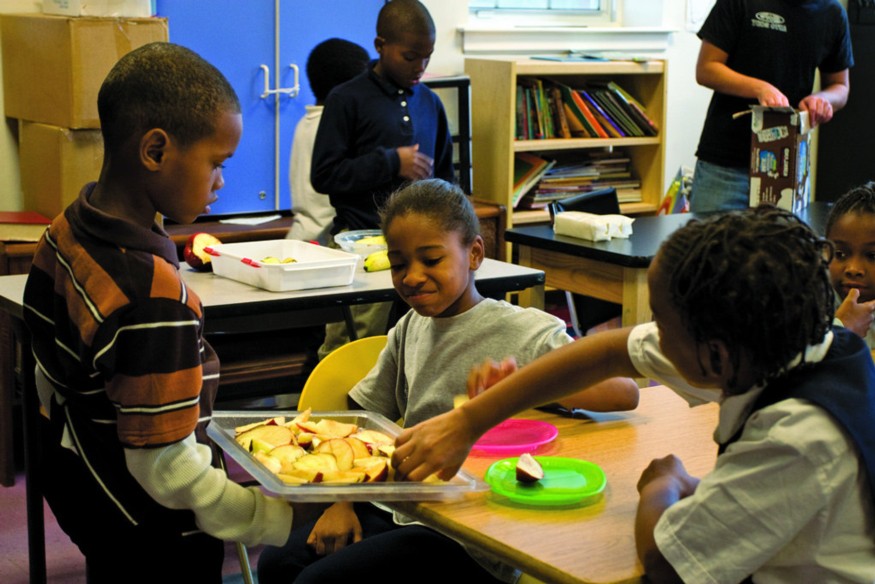 In 2015, the United States and 192 other countries adopted the 2030 Agenda, which includes goals of ending hunger, malnutrition, and extreme poverty by 2030. We know from the progress that has been made in the recent past that while these are ambitious goals, they can be met.

As Bread for the World frequently points out, however, whether this in fact happens comes down to political will, more simply known as “whether we want to do it.” The FY2018 budget proposals and recent rhetoric of the administration and some members of Congress do not uphold the 2030 agreement’s two most important principles, “leave no one behind” and “reach the furthest behind first.”

Most of us would agree that people who are at least twice as likely to face hunger or poverty as people in the average U.S. household could be considered furthest behind. All of the following people fall into this group: people in households headed by single women, African Americans, Latinos, Native Americans, people returning from prison or jail, and undocumented immigrants.

Safety-net programs that help people put food on the table when they fall on hard times are especially important for people who, at the best of times, are at higher risk of hunger, because it is more difficult for them to save enough to meet emergency needs.

All of this is to say that the United States should certainly not be contemplating a budget that would not only not reduce hunger, food insecurity, and poverty, but would actually increase it.

Plans to reduce funding for the Supplemental Nutrition Assistance Program (SNAP, formerly known as food stamps) will hurt families with one of the most immediate needs of all: putting food on the table. All SNAP participants have incomes at or below 130 percent of the federal poverty level. For a family of four, this works out to about $31,000 a year. Women and people of color are more likely to work in low-income jobs, and they often face gender and racial discrimination in the workforce and other areas. It is not surprising, therefore, that they are more likely to qualify for programs such as SNAP.

Studies have shown that SNAP benefits improve household nutritional status among households that would otherwise have been food insecure. Still, SNAP benefits are not enough to enable families to afford nutritious food for the whole month, and many SNAP families are still struggling to meet their other basic needs. In addition, SNAP does not reach everyone who qualifies — in fact, about 40 percent of food insecure households are not receiving nutrition assistance such as SNAP. Still other families need SNAP, but earn slightly too much to qualify.

We know that SNAP is reducing food insecurity in our country, that the program needs more resources to adequately support current participants, and that millions of families need and qualify for SNAP benefits, but do not receive them. In this situation, it simply makes no sense to reduce SNAP funding.

Moreover, the most vulnerable people will be the ones hardest hit. Every dollar of nutrition assistance matters more to the families that earn the least — generally households led by single women of color. As the end of the month draws closer, mothers typically begin reducing their portion sizes and skipping meals, in hopes of sparing their children. Even if they manage to provide three meals a day for children, though, food insecurity affects the quality and quantity of food available to everyone, as well as the household’s overall health and functioning. Cutting SNAP would push our country in the wrong direction on hunger and food insecurity.

Plans to block grant Medicaid, by giving states a fixed amount of funding to provide health insurance coverage, would force states to limit the medical care provided, the number of people who can enroll, or both. Medicaid would no longer be able to respond to all who meet the eligibility criteria. Lack of sufficient health insurance will also increase food insecurity and, in a vicious cycle, would lead to the additional healthcare costs associated with food insecurity. Bread for the World’s 2016 Hunger Report, The Nourishing Effect, explores how hunger and food insecurity lead to additional healthcare costs — unnecessary costs of at least $160 billion a year.

Communities of color would be disproportionately affected by changes in Medicaid’s structure. Almost 50 percent of Medicaid participants are people of color. Communities of color have a health gap because they have less access to health care — and because of racial disparities in health conditions. For decades, researchers have found that African Americans and Latinos are more likely to contract chronic diseases. If it weren’t for Medicaid, 25 million people of color would be uninsured and those with chronic diseases would be underserved.

Today, 21 percent of Latinos, 21 percent of Native Americans, and 13 percent of African Americans are uninsured. This number would increase if Medicaid were block granted to states — widening the health gap for communities of color and their vulnerability to food insecurity.

Studies have shown that SNAP benefits improve household nutritional status among households that would otherwise have been food insecure.