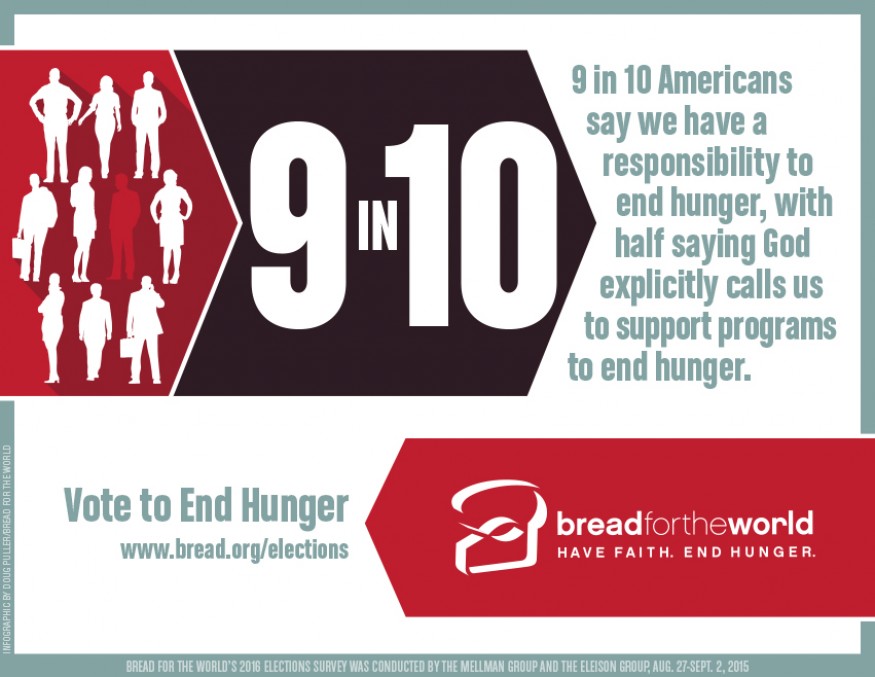 Bread for the World commissioned The Mellman Group and Eleison LLC to survey 1,000 voters on the issue of hunger and the 2016 elections. This fact sheet provides the main findings of that survey, and the memes (graphics) illustrate the key points.

Activists engaged in the election may want to print out and photocopy this summary and graphics as they engage with candidates and other voters (as handouts at events, for example) as a way of demonstrating that voters believe the U.S. government has a role in addressing hunger. The graphics can also be used on websites and social media (Facebook, Twitter, etc.)

One of the best times to raise the issues of hunger and poverty is during election campaigns.

During these periods, current and potential office holders are listening the most and are making and establishing promises, priorities, and plans.

Elections are times to re-assess how our common resources — our taxpayer dollars — are being used and what the role of our government should be. They are times to discuss and set our priorities as a nation.

Download the survey and graphics using the links below: