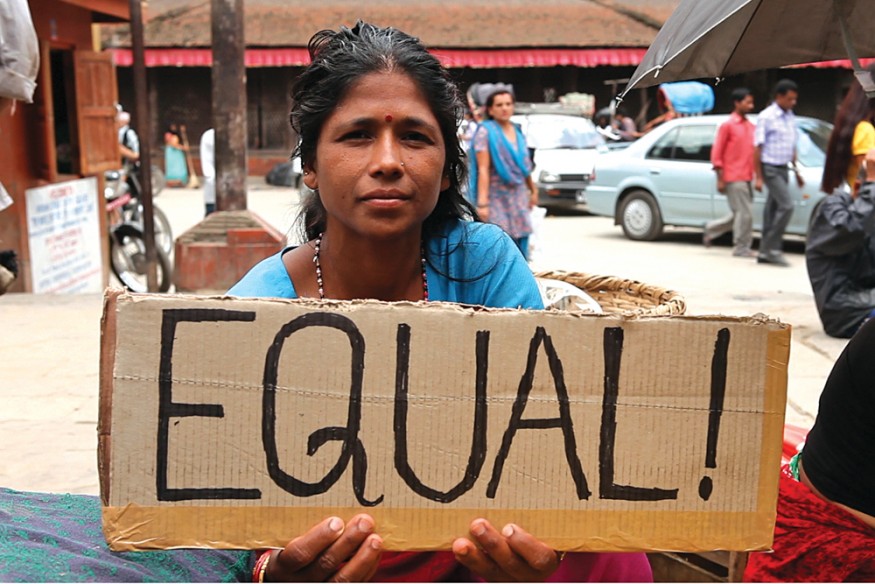 Washington, D.C. – A new analysis by Bread for the World Institute shows that gender inequality plays a significant role in hunger and poverty, both in the U.S. and globally. The Institute analyzes the obstacles women face in trying to feed their families and pull themselves out of poverty.

“Our analysis shows that discrimination increases hunger and poverty for women,” said Asma Lateef, director of Bread for the World Institute. “Women earn less than men for doing the same job. They bear the burden of unpaid responsibilities such as housework and cooking and are the primary caregivers in their families. And women are more likely than men to spend additional income on their children’s health and education.”

In the United States, the median annual pay of full-time, year-round female workers is more than $10,000 less than the pay of male workers. Working single mothers are twice as likely as men to hold low-wage and/or part-time jobs with few or no benefits. Working mothers with children under 18 report that the gender pay gap contributes to poor living conditions, poor nutrition, and fewer opportunities for their children.

Globally, about 60 percent of people who go hungry are female. Nearly half a billion women and girls do not have access to the nutritious food they need for healthy, active lives. Women do work that is essential to the resilience of their families and communities and to their countries’ economic growth. But this unpaid work takes time away from working outside the home or getting an education. More needs to be done to share these responsibilities and support women’s ability to work – and, when a woman is working, to ensure that she earns as much as her male counterpart.

“While we have made significant inroads by closing the gender gap in health and education outcomes, we still have a long way to go,” Lateef said. “Evidence shows that we will not be able to end hunger and poverty until we reach gender equality.”

Download Women’s Empowerment: Why Does It Matter to Ending Hunger? at www.bread.org/library/womens-empowerment-and-hunger-fact-sheet